By saqibmunirOctober 3, 2017No Comments5 Mins Read 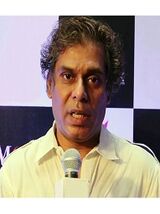 
Muhammad Ehteshamuddin is a Pakistani actor, writer, director, and producer. Writing and directing are not his only expertise; he has also proved himself as a brilliant actor on small and big screens. His short films were featured at Karachi Film Festival. Fortunately, he got surrounded by renowned poets, recognized writers, and authors of that time, who used to do rehearsals of their plays at his home. And he learned a lot from those legendary individuals, which helped him in his showbiz career. This article has all the information about him, including Muhammad Ehteshamuddin Biography. He is the man with multiple talents. Whether its direction, acting, or production, he knows how to bound his viewers. He uses the showbiz platform to highlight important issues of society. It always seems as if he is lost in his thoughts, and when he brings these thoughts on screen in drama and film form, he casts a spell on his audience. Whether it’s the topic of child abuse or the feudal system, he knows how to make it understandable to the audience. His services to the showbiz industry earned him many awards.

This matchless and adept showbiz personality was born in Karachi on 22nd November 1965.

He did graduation in commerce from Karachi University. Besides doing a job in SSGC (Sui Southern Gas Company), he joined several theater associations including, ‘Kathaa,’ ‘Theatre Circle,’ and, ‘Tehreek E Niswaan.’ In 1998 UNDP (United Nations Development Programme) for Pakistan selected him for a program of study in T.V. production at Pakistan Television Training Academy, situated in Islamabad.

He had seen the theater peak in his time. He got an opportunity to watch the rehearsals of actors for theater and developed an interest in it. He, along with his friends, made a remake of the famous drama of Khawaja Mohi-Ud-Deen, drama’s original cast came to watch this remake. In 1971 during his training from Pakistan Television Training Academy, he learned a lot about theater.

In 2005 he penned down and directed the film ‘Sharukh Khan Ke Mout’ and received accolades. The film was featured at Mumbai and South Asia Film Festivals. Following this successful outcome, he made other films but failed to get acceptance and appraise. He also acted in movies ‘Chambailli,’ ‘Actor in Law,’ and ‘Malik.’ After performing in some films, he has shown his direction skills in film ‘Superstar’ featuring Mahira Khan and Bilal Ashraf. The direction of the movie ‘Dum Mastam’ is his next project.