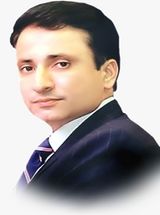 Mohsin Shah nawaz Ranjha also famous as Mr Mohsin Shah Nawaz Ranjha is a Pakistani politician.He served as National Assembly of Pakistan, since 2003.Now he is the current Minister of State for Parliamentary Affairs from since October 2017.He associated with Punjab Political Party Pakistan Muslim League (N). Mohsin Shah Nawaz Ranjha belongs to a politically well-entrenched family from district Sargodha. His father Shah Nawaz Ranjha, is a PML-N stalwart and had repeatedly won elections for the provincial assembly.[1] Father This is why the family faced the wrath of the Musharraf regime after the 1999 military coup. As a result, the young Ranjha left the country and after having spent some time in Jeddah he landed up in London for his higher education. While studying in London, where he passed his bar exam, Mr Nawaz Ranjha also volunteered at the international office of the PML-N where he was noticed by the party chief, Nawaz Sharif. It was the latter who then encouraged the young lawyer’s entry into politics. Though Mr Ranjha contested the 2008 general elections also, he lost then. This time around however he won from NA 65, Sargodha.[2]  Biography

Pakistani politician who is currently a member of the National Assembly of Pakistan, belonging to the Pakistan Muslim League (N). He ran for the seat of National Assembly from NA-65 (Sargodha) in Pakistani general election, 2008 however remained unsuccessful.

He was elected as a member of National Assembly on a ticket of Pakistan Muslim League (N) from NA-65 (Sargodha) in Pakistani general election, 2013. During his tenure as Member of the National Assembly, he served as the Federal Parliamentary Secretary for Information and Broadcasting.

Minister of State for Parliamentary Affairs

In an interview, he said the party workers and members of national and provincial assemblies had complete trust in the leadership of Nawaz Sharif and rumors of any division in the party are baseless.[4]  Interview

Pakistan Muslim League (N) district president Ranjha has said that party leadership always struggled hard for the promotion of positive political culture and will continue this practice in future as well. Talking to journalists, Ranjha said the country is on the path to prosperity,adding that the goals of a welfare state will also be achieved. He added that local bodies system will soon be function also that problems of common man will be resolved at local level without any discrimination. Ranjha said that China Pakistan Economic Corridor (CPEC) will contribute immensely to improve economy of the country and create employment opportunities for youth as well.[5] Positive Politics