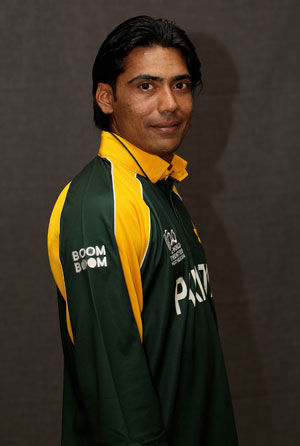 Mohammad Sami is one of the most enigmatic players to have emerged from Pakistan. Another product from Pakistan's conveyor belt of quicks, Sami sets the speed gun on fire, clocking speeds north of 145kph on a consistent basis. The Karachi born pacer is a sound exponent of the yorker as well. However, he lacks accuracy and direction, serving batsmen up with 'hit-me looseners'. If the Pakistanis were Greeks they would have already scripted a tragedy on Sami. 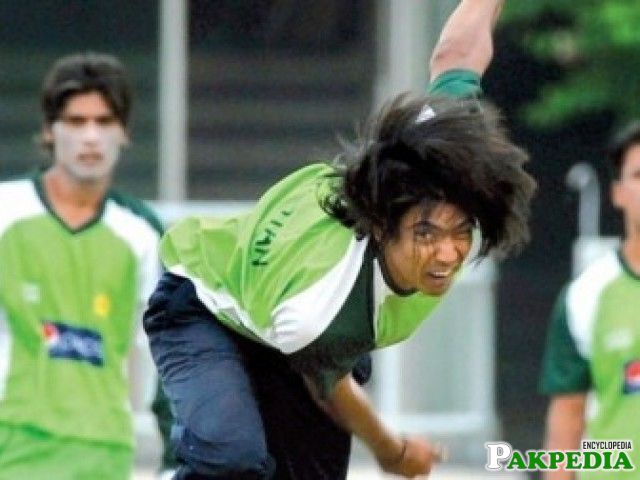 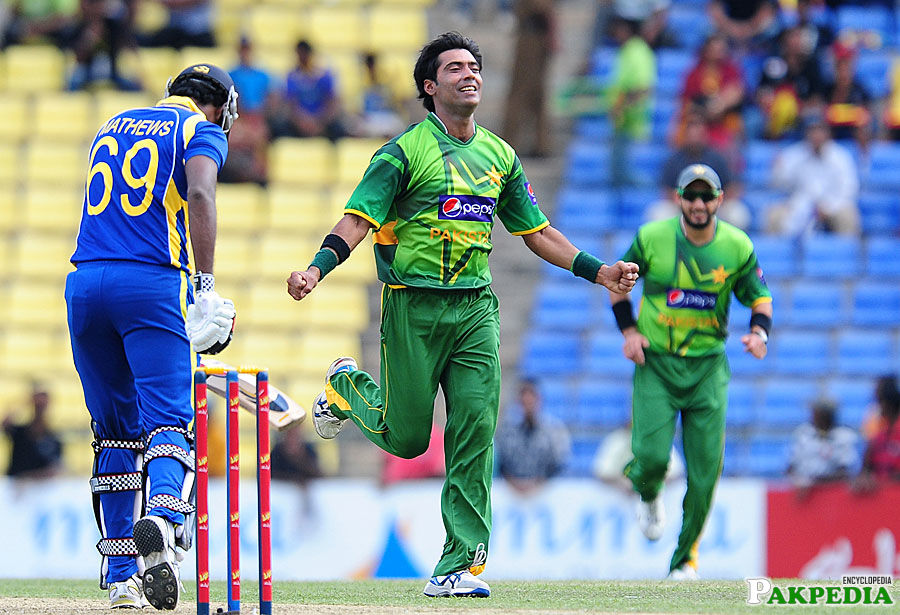 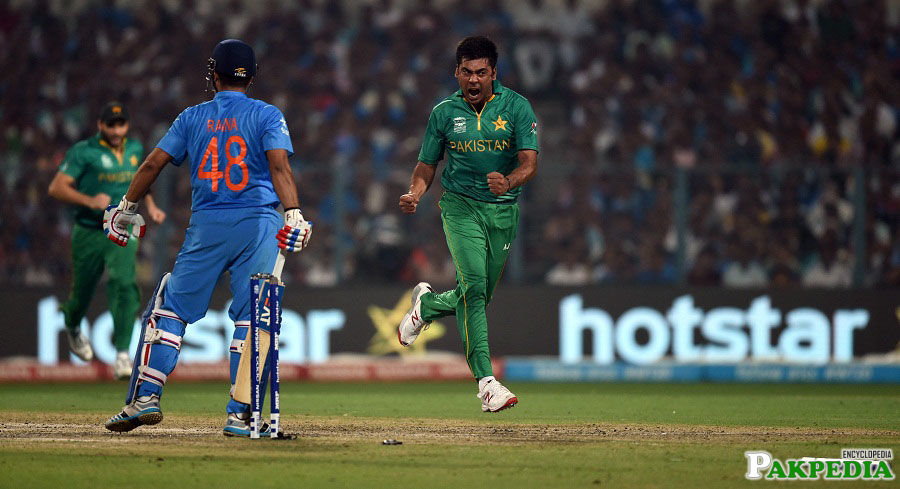 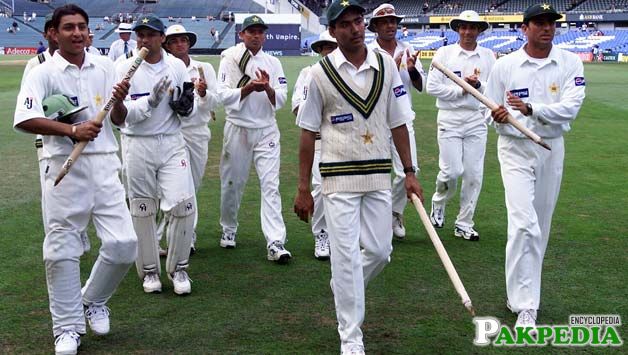 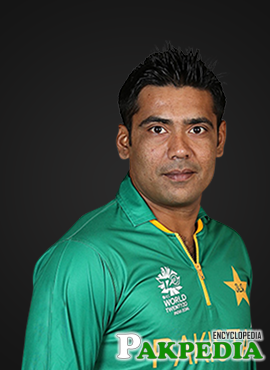 Sami is regarded as one of the fastest bowlers in cricket and has the ability to swing the cricket ball at high pace. He has unofficially bowled the fastest delivery in cricket when he clocked at 164 km/ph (101.9 mph) during a One Day International match. However, it was revoked by cricket officials after it found faulty speed measurements on the speed meter. But despite his talent, he has been in and out of the national side for several times. However he has received support from former Pakistan captain Wasim Akram & Waqar Younis, who sees Sami's speed and wicket taking ability as an important skill for the Pakistan team.Sami also earned the ignominy of bowling the longest over in One Day International cricket during the Asia Cup match against Bangladesh in 2004, when he bowled 17 balls in one over which consisted of seven wides and four no balls. He is also the only bowler in Test cricket history to have over 50 wickets and a bowling average of 50.[1] Sangakkara's sensational- espncricinfo After losing form and failing to achieve success for the Pakistan cricket team, the Pakistan Cricket Board and its national selectors replaced Sami for the One Day International series against England with fast bowler Mohammad Asif, however he was recalled for the series against South Africa in January and February in 2007. He was selected in the 15-man Pakistan squad for the 2007 Cricket World Cup, although he was named as one of five reserves.After team mates Shoaib Akhtar and Mohammad Asif were dropped from the World Cup squad,since neither of the two had been declared fit and they had not undergone official doping tests, Sami and Yasir Arafat were called up as replacements. 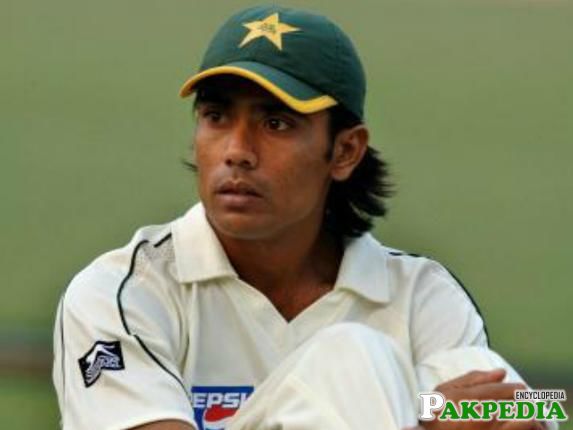 He opened his Test career on a positive note, taking a match haul of 8 wickets (including 5-36 in the second innings) in his debut Test against New Zealand at Auckland in 2000-2001. Two Tests later, he bagged a hat-trick against Sri Lanka in the Asian Test Championship final. Later in 2002, he picked up his second hat-trick, this time in an ODI against West Indies, earning the distinction of only the second Pakistan bowler after Wasim Akram to claim a hat-trick in both Tests and ODIs.Looking through the other end of the spectrum, Sami also holds the notoriety of bowling a 17-ball over ( 7 wides and 4 no-balls) - a sequence which took Bangladesh from 6-1 to 30-1 in the 2004 Asia Cup. It was this Jerkyl-Hyde temperament, which prevented Sami from fulfilling his potential.Spraying the ball all around the shop meant that he was axed from the team for the tour to Sri Lanka in 2006 but he earned a lifeline when he was included for the English sojourn the same year (in the aftermath of injuries to front-line pacers) but the comeback did not amount to much as Sami had failed to rectify the chinks in his armour.

On 19 April he was selected in the Pakistan squad as a replacement for the injured fast bowler Umar Gul,[2] Sami for World Twenty20- yahoo.com in the 2010 ICC World Twenty20 cricket tournament to be held in the West Indies. Sami was recalled and played against South Africa in the middle east in November 2010. In May 2012 Mohammad Sami received another recall and was announced in the squad that toured Sri Lanka in June 2012, cause of his amazing performances in the Bangladesh premier league (which included a hatrick and a 5-wicket haul). He bowled brilliantly in the 2nd T20. Following that, in the 1st ODI he bowled economically and with pace, which earned him a place in the 15-man squad to play the touring Australians and also the 2012 World Twenty20. Sami was selected for these international tours, but didn't get to play an official game (he got to play two warm up matches), as Pakistan made it to the semi-finals of the WT20 but lost to Sri-lanka. In 2013, sami was retained by the BPL team, Duronto Rajshahi to play as the main fast bowler, but cause of disagreements between PCB and BCB no Pakistani player (including sami) was allowed to play in the BPL. This was a big loss for Duronto, because sami was the highest wicket-taker last season.
Disclaimer: As an encyclopedia, pakpedia.pk's articles contains shared information which has collected from different sources and people. We welcome everyone for corrections and updates, Thank you.