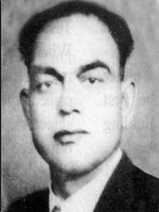 Miran Bakhsh was professionally a cricketer who served for the Pakistani team in test format. He was a right-arm off-break spinner and spent years at the Rawalpindi cricket club as a mentor who succeeded in getting a perfect grip on the art of off-spin bowling with bounce, turn, and variation.

He made his debut in test cricket at the age of 42 years and was the second oldest player who debuted in test and sixth-oldest player to play test. This article has everything about him, including Miran Bakhsh Biography.

After five years of an active career in domestic cricket, Miran was added to Pakistan’s international cricket in test cricket format. He played two test matches for the national team and only claimed a couple of wickets in three innings of his entire test career, with an average of 57.50 in bowling.

Miran bowled a total of 58 overs and had an economy rate of 1.98. 2/82 is his best bowling figures in test cricket career for an innings.

He was born in Rawalpindi on 20th April 1907, British India (now Pakistan).

Miran initially played club-cricket at Rawalpindi and spent hours with hard work at Rawalpindi cricket ground. After that, he started first-class cricket with the brilliant spell that led him to play international test cricket for Pakistan’s national team.

Miran came to light in first-class cricket in the years 1949-1950. He appeared in nine seasons with a brief career and played only 15 matches in which he ended with 48 wickets with an average of 19.43 in bowling. He claimed three five-wicket hauls and bowled the best innings of 6/15 with an economy rate of 1.99 in his first-class career.

Moreover, he claimed ten wickets in a two-day match against touring Commonwealth XI in 1949/50 at Rawalpindi with the bowling figures in two innings of 5/19 and 5/63.

At the age of 42, the first-class debut happened against the touring team Ceylon, and he represented Commander-in-Chief’s XI. He bowled seven overs without a dismissal on his spell, and he was not given a chance in continuously five seasons. Miran started playing for non-first-class cricket for Northern Muslims.

He returned touring New Zealanders with an energetic spell of 59-28-89-3, and seven wickets lost his team. He played in very next season for East Pakistan Greens with his impressive figures of 3/18 and 2/35 in bowling and also helped East Pakistan White with his career-best bowling figure of 6/15.

Experienced Miran reached 50 in next season and represented Punjab B, but he did not slow down from claiming five-wicket haul against Railways in Rawalpindi. After that, he participated in the Quaid-e-Azam Trophy with few impressive performances. At the age of 51, he appeared in his last match against Peshawar with remarkable 3/19 and 1/26 in bowling.

At the age of 47, he made his test debut on 29th January 1955 on India’s first tour to Pakistan at Lahore and bowled 48 overs with two dismissals of PH Punjabi and VL Manjrekar, and both were clean bowled in first innings. In the second match against India, he delivered ten over in both innings and ended without a wicket. He never played another Test for the national team.

After his cricket retirement, he started to transfer his bowling skills to beginners as Rawalpindi’s coach. He died at Dhok Rata, Rawalpindi, on 8th February 1991, at the age of 83.