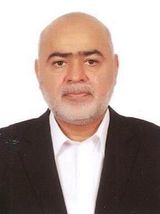 Mian Shafi Muhammad is a Pakistani Politician and a member of the Provincial Assembly. He belongs to a Political family who remained the Vice Chairman of the District Council for many years. He is an ex-member of Public Accounts Committee I. This article contains all the complete information about him, including Mian Shafi Muhammad Biography. Shafi Muhammad hails from Rahim Yar Khan is a Pakistani Politician. He is currently functioning as Member of Finance Committee of the Assembly after electing as a member of the Provincial Assembly in the 2018 Pakistan General Elections. He is affiliated with Pakistan Tehreek e Insaf and working hard to bring the change that PTI and Imran Khan pledged. He has returned to the Assembly for the third time.

He was born on 5th May 1965 in Khanpur. Currently, he is living in Rahim Yar Khan from where he also contest the elections.

He has a degree of Bachelor of Art that he acquired from Shah Latif College, Khairpur.