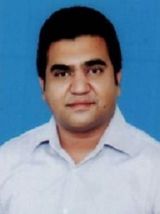 
Mian Naveed Ali is a Pakistani Politician who is serving as a member of the Provincial Assembly while being attached to the Pakistan Muslim League N for a long time. He has performed his duties as a Parliamentary Secretary for labor & human resource in the past. This article contains all the information about him including Mian Naveed Ali Biography. Mian Naveed is a Pakistani politician who is associated with Pakistan Muslim League N since 2018 and is currently working as a member of the Provincial Assembly since 2013. He has furnished his services as Parliamentary Secretary for labor & human resource. He is one of those politicians who never got into the scandal of corruption and completed his tenure of 2013 to 2018 with full Honesty.

He was born on 14th June 1987 Rahimyar Khan which is a city in Punjab province of Pakistan. Currently, he resides in Pakpattan from where he contests the Elections.

He holds the degree of Bachelor of Arts which he attained from the Islamia University. Recently he is completing his LLB degree too.