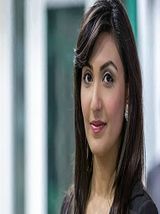 Mehreen Rizvi is a stunning Pakistani actress who remained in the limelight for many years for her remarkable performance in various serials. After her marriage, unfortunately, she didn’t pursue acting and said goodbye to the media. Currently, she is running a brand ‘Gulabo’ whom she founded a few years ago. This article contains all the information about her including Mehreen Rizvi Biography, Mehreen Rizvi Family and Mehreen Rizvi Dramas. Mehreen Khalid Rizvi is a wonderful Pakistani actress who is known for her supporting roles in various remarkable dramas. She made her screen debut in 2011 and soon succeeded to capture the attention of people with her sensational performance one after another. She has made millions of followers over all these years with her beauty and talent without having any artistic background.

She was born on 27th July in Karachi where she spent all her life. Currently, she resides in Baltimore (the largest city in the state of Maryland) with her family after marriage.

She did her schooling from St.Joseph’s Convent High School and after that left for the USA subsequent to finishing college at Defence Authority College for Women. She got her Bachelor’s qualification in Television Production and Film making from Denver, Colorado.

She got hitched to Rehman Saiyed (non-artistic person) on 22nd December 2014, after being in a relationship for a long time. They are blessed with a daughter who now dwells in Baltimore.