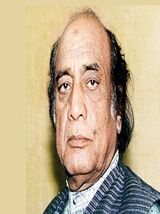 
In the Indian subcontinent, the name of Mehdi Hassan and his voice needs no introduction. He was a singer and music composer. His singing was equally popular in India, and Pakistan and India’s leading singer Lata Mangeshkar once attributed Mehdi Hassan’s singing to ‘God’s Voice.’ During his music career, he sang 468 songs and released 115 albums. The fame which he contributed to Pakistan is still unmatchable. In the fertile era of film music, he became the second favorite singer after Ahmed Rashidi. Death has only snatched his earthly body from us. His everlasting voice will live forever. This article has all the information about Hassan, including Mehdi Hassan Biography. He was born on 18th July 1927 in Luna, a village in Rajasthan. In 1947 he, along with his family, moved to Pakistan and settled in Chichawatni, Punjab.

His father and uncle Dharpad were experts in singing, and he received his early training at home. He belonged to the sixteenth generation of the Klavant family.

He belonged to a family of musicians. He was son and nephew of Dhrupad singers Ustad Azeem Khan and Ustad Ismail Khan, respectively. He had fourteen children, nine sons, and five daughters. Apart from his sons Asif and Kamran, he also taught music to his grandchildren. His sons are also serving in the music industry. Tariq Mehdi is a multitalented playback singer, Arif and Imran Mehdi are Tabla players, Asif, Shehzad, Faizan, and Kamran Mehdi are ghazal singers, and Waris Mehdi is a pop singer. One of his son Sajjad is a D.S.P traffic police.

Pakistan’s former President Ayub, Zia-ul-Haq, and Pervez Musharaf were also his admirers and granted him the civil honors, but the greatest honor for Mehdi was the immense popularity and love he received from the people’s court. Even outside Pakistan and India, where Urdu-speaking people live, he has been admired, and in the early 1980s, Mehdi Sahab visited Europe and the United States and lived there for a long time. Pervez Mehdi was the first of his students to make a name for himself, and all his life, he continued to pay homage to his teacher. Later, talented students like Ghulam Abbas, Salamat Ali, Asif Javed, and Talat Aziz kept his singing style alive.

In 2000, he had 1st stroke. In 2005 his family took him to India for ayurvedic therapy. His Indian admirers, including Lata Mangeshkar, Dilip Kumar, and A.B. Vajpayee, welcomed him. After returning from India, he had a 2nd stroke, which paralyzed him. After suffering from chest, urinary, and lung ailments for twelve years, he passed away on June 13, 2012, at an AKUH (Agha Khan University Hospital) Karachi.