By tauseefanwarApril 21, 2018No Comments4 Mins Read 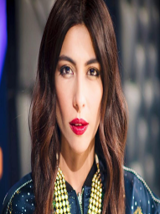 
Meesha Shafi is a strong Pakistani actress, singer, and model who is a daughter of legendary Saba Hameed and sister of actor Faris Shafi. She accused Ali Zafar of harassing her multiple times in 2018 while their case is still on. She has likewise worked in Hollywood and Bollywood. This article has all the information about her, including Meesha Shafi Biography, Meesha Shafi Family, and Meesha Shafi Dramas. Meesha is a vibrant, bold, and fierce Pakistani singer, model, and actress. She born into a respectable and highly recognized family, yet she has marked her name in the Showbiz Industry and has earned acknowledgment with her talent and hard work. She can be called a fashionista because of her unique dressing sense. Meesha has also worked in Lollywood in the film from where she gathered appreciation and affection.

She was born on 1st December 1981 in Lahore, where she spent all her life. Currently, she has moved abroad with her family and is living in Toronto.

After completing her A levels from the Lahore Grammar School, she went to the National College of Arts, Lahore, from where she acquired the degree of Bachelor.

She was born to Syed Pervaiz Shafi, who is not attached to Showbiz and Saba Hameed, who is one of the versatile and elegant actresses of the Showbiz. Her brother Fars Shafi is also a part of this industry and work as an actor. Her parent’s marriage didn’t last for long, and both separated their ways. Her mother, Saba, got married to Waseem Abbas from whom she has a son Ali Abbas. Ali is also a well known Pakistani actor and model. Her grandfather Hameed Akhtar was a famous writer and columnist. She got married to Mahmood Rahman, who is likewise associated with music and work as a guitarist.

In 2018 Meesha Shafi accused top Pakistani singer and actor Ali Zafar during the Mee Too waved for harassing her multiple times. The case went to the court where Ali Zafar declared innocent. The court expelled her case on specialized grounds, referring to she was not a worker and not secured by the workplace harassment act.

She made her singing debut with the band ‘Overload’ along with her husband, but they parted their ways with the band after a short time. Her song Alif Allah ‘Jugni’ along with Arif Lohar in Coke Studio made a super hit song of that season. She remained the part of the Coke Studio for 3 or 4 seasons and also gave her voice to the few Pakistani OSTs including, ‘Mor Mahal’. In 2013 she became a judge of a music reality show along with Ali Azmat.

The social media accounts of Meesha include