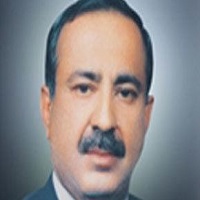 Malik Allahyar Khan was a Pakistani politician who struggled to serve the oppressed people of his village. He died with cancer in 2008 while his son Malik Aitbar is a member of the National Assembly. This article has all the information about him, including Malik Allahyar Khan Biography.

Very few politicians struggle for the oppressed and poor people of their areas after achieving some highest post or seat. Allahyar was one of them who worked for the betterment of his home town. Since his college life, he was active in politics, and completing studies, he engaged himself in political activities.

He was also part of the march that was held by the British Government to get Indian support. He served at various seats efficiently.

He was born on 2nd June 1927 in a small village Khunda of Attock District.

He received education at Zamindar College Gujrat and Gordon College Rawalpindi. He secured an LLB degree from Lahore Law College. During his college life, he engaged himself in political activities and joined the Muslim Students Federation.

In 1942 he became part of the marches against the mission of Sir Stafford Cripps and was sent to jail for six months.

He was the son of Malik Khaki Jan, who was the landlord of his area. The British Government gave him the title ‘Khan Bahadur.’ His maternal grandfather Mufti Fida Khan was Barrister from North-West Frontier Province. Khan married Bibi Miluk Bano on 28th January 1950. Bano was Sardar Dost Muhammad Khan’s daughter.

During his college life, he engaged himself in political activities and joined the Muslim Students Federation. In 1942 he became part of the marches against the mission of Sir Stafford Cripps and was sent to jail for six months. After completion of his studies, he started practicing Law in Campbellpur (Now named as Attock).

He properly stepped into politics after contesting and winning the district council election in 1956. Moreover, he participated in several conferences all over the world.

He became railways and jail minister in 1964 and remained on this post until 1969, representing West Pakistan. In 1970 during Zulfiqar Ali Bhutto’s regime, landholders were not favored, so Khan faced difficulties.

In 1980 he was nominated for CM Punjab post. Still, the post was given to Mian Muhammad Nawaz Shareef on the insistence and recommendation of General (Rtd) Ghulam Jilani, Jilani, Punjab’s Governor.

He was elected provincial Minister for ‘Social Security.’ His mission was people’s welfare, so he set up the Social Security department to relieve the oppressed.

He was nominated for the post of Public Accounts Committee’s Chairman. He spoke about the sugar scandal and other several issues of the Government.

He successfully formulated the ‘Khunda Group, ‘ which prospered in the Attock district for over seven decades.

His son Malik Aitbar represented this group in elections held in 2008 and 2013. In 2018 elections, his older son Malik Shehryar contested from NA-56 Attock as an independent candidate.

In 2007 Khan was diagnosed with fatal disease cancer. He died at Fauji Foundation Hospital on 5th April 2008. He was embedded in his native cemetery of village Khunda.