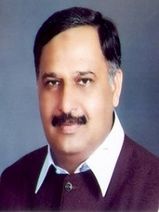 He opened his eyes on 3rd June 1970 in Okara but later moved to Rawalpindi from where he contests the elections.

Abrar got his schooling from Kohinoor School. Later, he graduated from the College of Government Asghar Mall in Rawalpindi.

He was born in a Khattana family of Gujjar. His brother Malik Iftikhar Ahmad Gujjar is also a politician and belongs to Pakistan Muslim League N.

Abrar took part in student politics in the college. It was the time when he was grooming as a politician. For the first time, he took part in the parliamentary politics in 1997 when he contested from PP-5 and also from PP-6. He was lucky to win the election on both constituencies with a huge margin. The term could not last long as the government was dismissed by Musharraf. His career did not stop after his leaders were sent in exile.

He contested the 2002 election amidst political turmoil. Though most of the senior members of the party were miserably affected but he remained adamant and won the election. Once again, he contested from two provincial seats including PP-10 and also from PP-11. After the victory, the PP-10 seat was vacated by him.