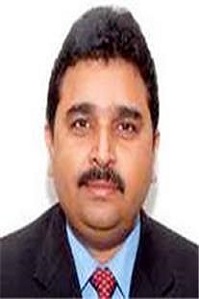 
Kamran Michael is Pakistani politician, current Minister of Ports and Shipping since 7 June 2013, in Sharif’s Cabinet. He is not only a politician, he is a businessman, national conservative activist and a Christian Community Leader. He belongs to Pakistan Muslim League Nawaz (PML-N). His religion is Christianity and works very efficiently for Christian people in Pakistan.  He is one of the main leaders of Christian Community in Pakistan.He was born on in Lahore Punjab Pakistan. He completed his BA from Punjab University in 1996 in Lahore Pakistan. He is also a committee member of National Food Security and Research Textile Industry etc.He has a good name in Christians in Pakistan and good impact on them.[1] Kamran Michael biography 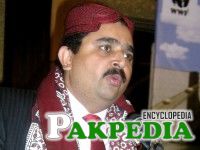 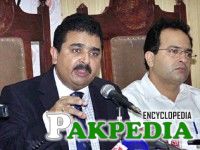 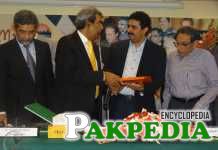 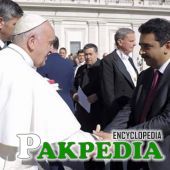 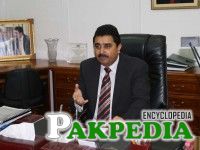 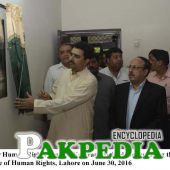 He trended in to arena of politics at gross root level and in 2001 he made his professional stage debut getting elected as Councilor. Same year, he participated in districts’ election and elected as Member of Lahore District Council. For next one and half year, he remained Member of District Assembly.

Mr. Kamran Michael was Member of Pakistan Muslim League (N) and it was toughest time for the party as country was facing a dictator, but very gallantly he fought against the dictatorial regime, living at opposition benches of District Assembly. In general elections of 2002, while the leadership of PML-N facing exile, he stood firmly with the party and exploring his emerging talent party selected him member of Provincial Assembly. For next five years he hold the same incumbency. During these five years, he served the masses & worked for upliftment of the folks of the country. Although he sat on opposition benches, but his political dexterity and charisma was loudly being spoken every where.

In next general elections of country, held in 2008, the leadership not only chosen him as a member of Provincial Assembly, but to extract more benefit from this towering political genius, he was assigned the portfolio of four important Ministries in Punjab namely, Ministry of Human Rights, Ministry of Minority Affairs, Ministry of Social Welfare and Ministry of Women Rights. In 2010, party leadership decided to take more benefit from his capabilities and vested upon him the portfolio of the most important Ministry that was Ministry of Finance. He presented next two budgets in the Assembly. During his incumbency, he introduced many new reforms in the society i.e. quota for minorities was raised from 3 to 5 percent.

In 2012, Senate Elections (upper house) was announced, and Leader of PML-N Mian Muhammad Nawaz Sharif decided to introduce this emerging talent in Senate of Pakistan, so he was selected as Senator. He was first ever Christian Senator in the history of Pakistan, as he has been first ever Christian, who was assigned the portfolio & this time, party leadership decided to assign him portfolio of Ministry of Ports and Shipping.[2] Kamran Michael political career

On the blessed occasion of Easter, Ministry of Human Rights in collaboration with the Eternal Life Ministries and Idara-e-Akhuwat has initiated a scheme to fork out loans to Christians so that they may be able to set up small-scale businesses of their own. “Easter Loan Scheme” has been initiated to succor destitute Christians.In this regard, a ceremony was organized by the Eternal Life Ministries where cheques were handed out to the penurious Christians. This ceremony was held in Lahore’s Bahar Colony on April 5.

President of the Republic of Turkey 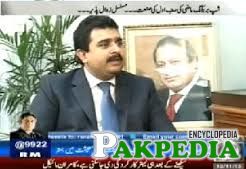 President of the Republic of Turkey, H.E. Recep Tayyip Erdogan and First Lady, Mrs. Emine Erdogan were present at the inaugural ceremony.The meeting discussed matters concerning women empowerment and women’s role in the development of the OIC Member States.Delivering national statement on behalf of Pakistan, Minister Kamran Michael underlined that Government of Pakistan was pursuing an integrated policy for women empowerment underpinned by legal, institutional, and administrative measures. He highlighted that long-term national planning framework “Vision 2025” commits to pursue women empowerment as a key priority area across all sectors of planning and development. 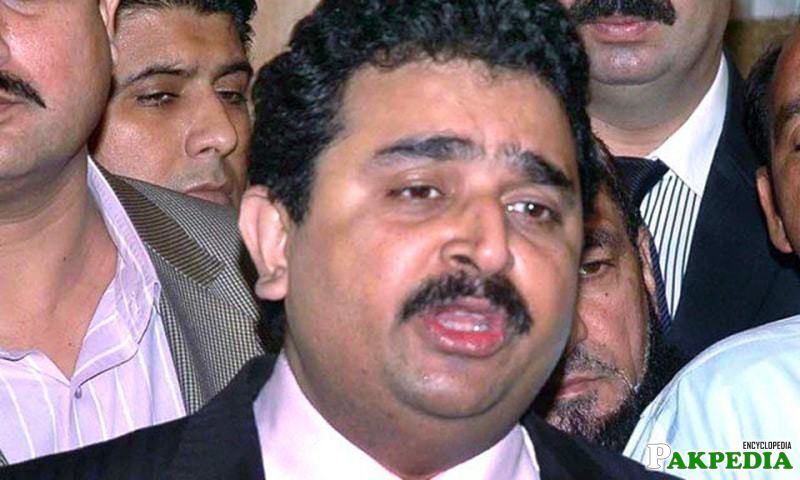 It focuses on providing an enabling environment to every woman to develop her full potential and to equally share benefits of economic and social development.Minister Kamran Michael highlighted that, among others, an autonomous Commission on Status of Women, Benazir Income Support Programme, 10% quota for women in employment, setting up of Women Development Department at provincial level, and Economic Empowerment of Women through Prime Minister’s Youth Programme demonstrated a strong commitment of Pakistan to protect, promote and empower women in Pakistan. He added that Pakistan was implementing Convention on the Elimination of all Forms of Discrimination Against Women that had helped to mainstream women’s issues in national policies.The Minister also had interaction with other participating heads of delegations on the sidelines. He met with H.E. Ms. Fatma Betül, Minister for Family and Social Policy of Turkey, and H. E. Dr. Masoumeh Ebtekar, Vice President of the Islamic Republic of Iran and discussed matters of mutual interest.[5] Pakistan highlights initiatives taken for women empowerment at OIC moot in Istanbul