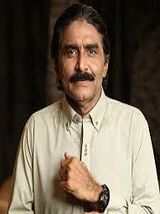 Javed Miandad is a famous former batsman of Pakistan cricket team. He played for Pakistan in Tests and One Day Internationals from 1975-96. His long cricketing career was full of memories and highlights. He is famous for his stylish batting technique and way of captaincy. Miandad has many world records with his name. He was very elegant to watch whenever he batted for his side. His confidence in and out of the cricket ground made him one of the greatest captains of Pakistan. Mohammad Javed Miandad also commented on many cricket matches, and he has also coached Pakistan team. This article has all the information about Javed, including Javed Miandad Biography. Mohammad Javed Miandad was born on 12 June 1957, at Karachi, Sindh. Currently, he is a resident of the same city.

Javed’s parents migrated from Palanpur, Gujrat, India. His father, Miandad Noor Muhammad Tyagi, used to work in the police department at Palanpur. Besides this, Javed’s father used to oversee the sports clubs in the city for the Nawab. Cricket was a famous game in Javed’s family. His three brothers, Bashir, Anwar, and Sohail Miandad, played first-class cricket for Pakistan. Faisal Iqbal, who has played international cricket for Pakistan, is Javed’s nephew. He got married to Tahira Saigol. They are blessed with a son Junaid Miandad.

Famous Pakistani former cricketer and captain Abdul Hafeez Kardar said about Javed that “Javed is the find of the decade.” It soon proved that Kardar was very right with his words on Javed. At the end of 1974-75 first-class season, Pakistan cricket selectors were forced to select Javed into the national team after Javed scored a phenomenal 947 runs in just 12 matches, an average of 47.35. It also included a brilliant 311 runs innings.