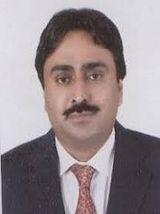 Jam Khan Shoro belongs to a Village Karan Khan Shoro, Jamshoro Road, Hyderabad. Born on 5th March 1982 he received his education from the city where he was born and collected the degree of Batchelor of Law and Bachelor of Commerce. Being born in a Sindh he adapted the Sindhi language as a Prime language.

Jam khan is a renowned Pakistani Politician who started his political career by joining Pakistan’s People party. His services for the Sindh from 2013 till now are worth mentioning. After 2013 General Elections he was elected as a member of Provincial Assembly of Sindh from the constituency P.S 47 as a member of Pakistan Peoples Party. He has been very active in raising the issues of Sindhi people. In June 2013 he became the Provincial Minister of Sindh for the livestock and fisheries. He belongs to a mainstream left-wing political party led by front face Asif Ali Zardari. With his diligence, he became the Provincial Minister of Sindh for the local government in July 2016.

The Ex-Minister of Sindh who has been the member of the Provincial Assembly of Sindh has once again proved himself by receiving 35275 votes for the Constituency PS 62 Hyderabad and has been re-elected to serve the people of Sindh as he did before.

Earlier today on 18th October 2018 the National Accountability Bureau has issued the Arrest Warrants against Ex-Sindh Minister for the corruption of worth 1 Billion. NAB officials said, “Shoro was involved in corruption in the allotment of plots in Karachi Development Authority.” The Sindh High Court has granted the protective bail for the Jam Khan after the decision of NAB.