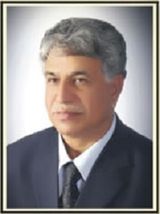 Prof. Dr. Ihsan Ali has done his Master in Archaeology from Department of Archaeology, University of Peshawar. He not only stood first and got gold medal but no one tilldate has scored marks more than he obtained in his Master Degree. He was awarded MS degree and his theses were Analytical Techniques in Archaeology. He also has the credit that he was awarded PhD scholarship and he completed his PhD from University of Cambridge UK which one of the most prestigious Universities of the world.[1]  Education From 2002 to 2006,he was appointed as Director Archaeology and Museums, Govt of Khyber Pakhtunkhwa and he has been able to establish nine museums during this period.

Invited by other Countries

He has been invited by the Leading Universities of UK, America and Italy for delivering lectures on Archaeology in Pakistan and has won a good name for his Country Pakistan. He has published seventeen books and he has also published more than sixty research Papers in the National and International Journals of world repute. He remained on key positions and has held important portfolios. No doubt, he is a trend setter personality and within a short span of less than four years he has been able to make AWKUM a great seat of learning. His untiring efforts have not only made the university a success but expanded it throughout the province by establishing Nine Campuses where almost 6000 students are currently studying. The Higher Education Commission of Pakistan has recently ranked Abdul Wali Khan University 34th out of the 111 total Public Sector Universities in the country.

Assigned him the Task In 2008, the Govt. assigned him the task of establishing Abdul Wali Khan University at Mardan, with nine Campuses, two of which have now attained the status of independent universities ( Bacha Khan University, Charsadda & University of Swabi) and taken to a level where they are rated very high amongst the Public Sector Universities of Pakistan. The Government of Pakistan, recognizing the services, contributions and achievements of Prof.[2] Task Dr. Ihsan Ali, awarded him with the distinctive Civil Award of “Sitara-e-Imtiaz” in 2013 in the field of Culture in which alone he has to his credit establishing nine Museums in different parts of Khyber Pakhtunkhwa. Establishing a net-work of Universities and institution of higher education standard across Pakhtunkhwa and particularly in FATA will not only attract more and more students, but help in countering the growing extremism in the region, Prof. Dr. Isan Ali Told VOA Deewa Radio.“We have enrolled about 7000 students including 36 percent of them girls in the past three years only at Abdul Wali Khan University Mardan and efforts are on to accommodate 6000 more students in the near future”, said Dr. Ihsan Ali. He told Deewa Radio that at present, 64 Ph.D teachers are teaching at the University and an equal number have been awarded with scholarships to complete Ph.Ds in different subjects.  He said that state of the art libraries and laboratories have been set up in several newly established universities.