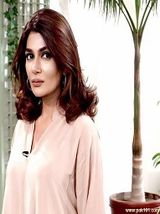 
Iffat Rahim or Iffat Umar is an incredible personality of the Showbiz Industry who is known for her amazing performances in various popular serials. Her popularity increasing with her show ‘Say it all with Iffat Umar’ where she is showing her hosting skills. This article has all the information about Iffat, including Iffat Umar Biography and Iffat Umar Dramas. Iffat Rahim, also known as Iffat Omar, is a stunning Pakistani actress, model, and host. She has also done direction and production. She is known for her bewildering character in incredible drama serial ‘Mohabbat Aag Si’ that earned her colossal recognition and Best Actress award. Though she is in her 40s, yet her beauty and grace are indescribable. Apart from her success in acting, she likewise earned huge acknowledgment in modeling too.

She was born on 8th August 1975 in Peshawar. Later her family moved to Lahore, where she spent most of her life. She has also lived in Europe for many years. Currently, Omar living in Karachi with her family.

After completing her schooling from Escena Foundation, Gulberg, she went to Government College Girls, Lahore, from where Iffat acquired the degree of Bachelors. She has the degree of masters in Fine Arts obtained from Punjab University, Lahore.

She belongs to a non-artistic family. She got married to a CSS officer Omar from whom she has a daughter Noor e Jahan. Noor is not yet a part of the Showbiz Industry.

Iffat has earned huge notability and stardom with Modeling that she started in the early 1970s. She worked a lot as a model and with various well-acknowledged designers and brands of the country. She has the potential to do a lot of work with full justice and refinement. She likewise did bold photoshoots several times.

She started her show ‘Say it all with Iffat Umar’ that is created by Journalist Najam Sethi. Various celebrities have invited in her show, including Zara Noor Abbas, Noman Ijaz, Maya Ali, Shehryar Munawar, Juggan Kazim, and many more. Indian Superstar also gave a shoutout to her show.