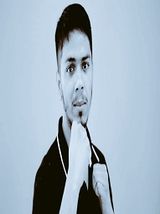 
Arslan Ash also known as Arslan Siddiqui, is a professional Tekken Player for Vlash Esports. He is a pride of Pakistan who is making everyone proud internationally. Besides his career, Arslan is likewise completing his education. He has defeated incredible players in the EVO 2019 in Los Vegas. This article has all the information about Ash, including Arslan Ash Biography. Numerous people from Pakistan are inspiring us day by day with their extraordinary skills and talent, and Arsalan Ash is indeed one of them. He is a daring Pakistani Fighting games player who is currently working with vSlash eSports. At a very young age, he has made all of us proud by representing Pakistan internationally. Arsalan Ash Siddiqui has won the title of a World Champion by succeeding in EVO 2019. He is a Red Bull athlete who has a long way to go.

Arsalan was born on 20th August 1996 in Lahore. He is travelling all over the world for various games. Currently, his permanent address is of Lahore where his family resides.

Arsalan did his schooling from the Oxford Grammar High School Lahore. Later he went to Rise School of Accountancy, Lahore.