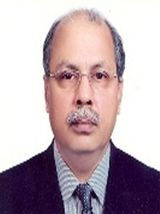 
Gulzar Ahmad is a devoted Pakistani lawyer and the 27th Chief Justice of Pakistan. He is serving as a lawyer since 1986. He remained mostly at the corporate civil side during his career. His father, Noor Mohammad, likewise served as a distinguished Lawyer. This article has all the information about Gulzar, including Gulzar Ahmad Biography. Justice Gulzar Ahmad is a senior Pakistani lawyer who functioned as an advocate and judge of the High Court, Sindh, in the past. He is serving as a lawyer since 1986 and performing his duties with full justice and commitment. He remained the Board of Governors for various universities incorporating Sir Syed University of Engineering and Technology. His father, Noor Mohammad, also remained the distinguished lawyer of his time.

He was born on 2nd February 1957 in an honorable family of Karachi. Currently, Justice Gulzar residing in the same city Karachi with his family.

He assigned the position of a Judge of Sindh High Court on 27th August 2002. During his tenure, he remained the Board of Governor for various universities, including Sir Syed University of Engineering and Technology, Iqra University, NED University of Engineering and Technology, and many others. On 16th November 2011, he assigned the position of the Supreme Court of Pakistan as a Judge.

As an acting Chief Justice

Justice Gulzar Ahmad appointed as a 27th Chief Justice of Pakistan on 21st December 2019. The Ceremony held at Aiwan-i-Sadr in Islamabad. President Arif Ali and Prime Minister Imran Khan also attended the Ceremony. He will serve this post till 22nd February 2022. He replaces Justice Asif Khosa.