By tauseefanwarJanuary 10, 2018No Comments4 Mins Read 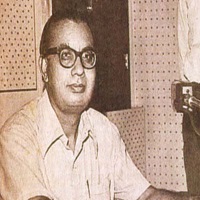 Ibn e Insha was born as Sher Muhammad Khan, and Insha was his pen name. He was a Pakistan-based newspaper columnist, travelogue writer, poet, and humorist. Besides a legendary poet, he is known as Urdu language’s best humorist. His poetic style influences the poetry of younger poets.

He had a friendly relationship with the famous poet Jameel-ud-Din Aali. Jameel-ud-Din Aali called Ibn Ansha ‘Insha Ji’, and then Ibn Insha became ‘Insha Ji.’ The article carries every detail about him, including Ibn e Insha Biography. 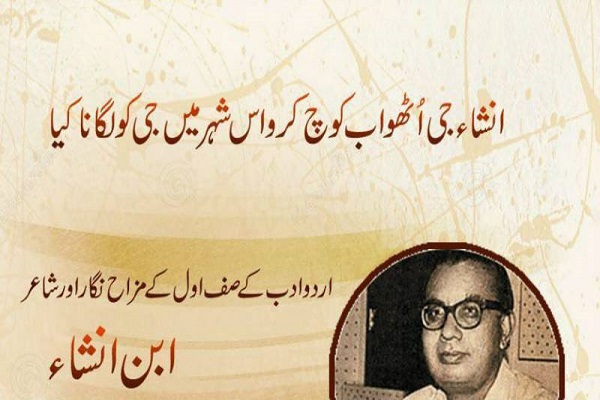 He is one of the famous Urdu writers who raised the banner of his art in both the fields of poetry and prose. On the one hand, he was an excellent Urdu poet; on the other hand, he was second to none in humour and was the founder of a new style in column writing and travelogue writing.

He possessed all the qualities that adorned the Urdu language with literary stars. He worked on Urdu poems, ghazals, stories, novels, fiction, travelogues, columnists, translations, letters and other literary genres. A notable feature of his Kalam was that his lyrics, songs, and poems were closer to human emotions and touched the heart. The Pakistani President awarded him Pride of Performance Award in 1978.

He was born on 15th June 1927 in Phillaur, Punjab, India. Later his family moved to Pakistan.

He secured his graduation degree from the University of Punjab in 1946 and later did Masters from Karachi University in 1953.

His son Rumi Insha worked as Pakistani director and passed away on 16th Oct 2017. 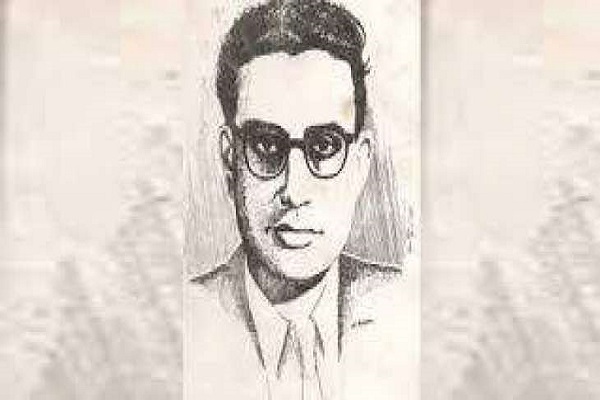 These jobs allowed him to travel to different places, and he took inspiration from these visits to write various travelogues. The places he visited included China, the Philippines, Japan, Thailand, Hong Kong, Malaysia, Indonesia, Afghanistan, India, USA, UK, France, Turkey, and Iran.

In the late 1940s during his youth, he lived in Lahore together with legendary and veteran film-poet Sahir Ludhianvi. He also participated in Anjumman Taraqi Pasand Mussanafeen-e-Hind.

He started writing a column in the daily Imrooz Karachi in 1960 under Darweesh Damascus’s name. In 1965 he joined the daily Anjaam Karachi, and in 1966 he joined the daily Jang which continued till his death. His book entitled ‘The Last Book of Urdu’ is excellent. Short essays in this book are the masterpiece of humorous literature. There is also prose on the sighting of the crescent.

He is considered among the best writers and poets of his era. His most popular ghazal ‘Insha Je Utho Ab Kooch Kro’ is most read and influential classic-ghazal. Both the Urdu writers and critics have appreciated his work. In 1960 he translated a Chinese poems’ collection into Urdu. 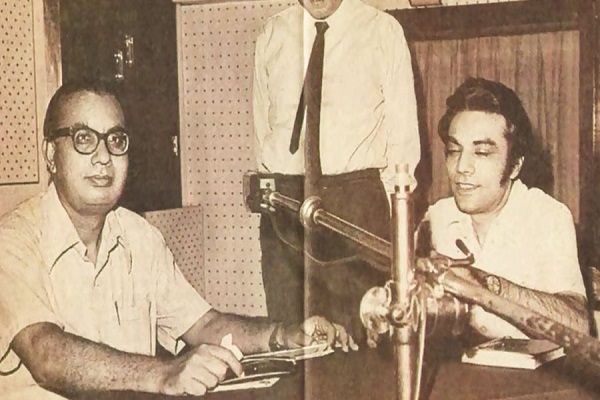 He spent his remaining life in Karachi’s city until his death due to HL (Hodgkin’s Lymphoma) on 11th Jan 1978. He was receiving treatment in London before his demise. Later, he embedded in Karachi. 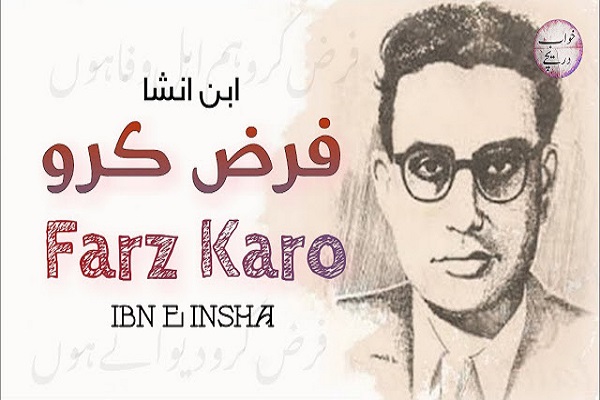