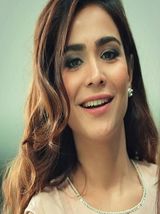 Humaima Malik is an amazing Pakistani actress and model who has also worked in Bollywood. She has gained enough popularity all over the world. Her brother Feroze Khan is equally talented and one of the amazing actors of Pakistan. This article has all the information about Humaima, including Humaima Malik Biography, Humaima Malik Family and Humaima Malik Dramas. Humaima is one of the stunning, bold and Fierce actresses of the Showbiz Industry who has received immense criticism, immense love and tremendous acknowledgment throughout her career. She often becomes a victim of bad words due to her bold dressing and due to her bold Bollywood debut with Indian actor Imran Hashmi. Though her quantity of work is less yet, Humaima has given quality based work and inspires young actresses of the industry. Her sweet nature, polite behavior, and her kindness makes her unique and loved.

She was born in Quetta on 18th November 1987. Later the family moved to Karachi. Currently, she is living in Karachi.

Humaima has a degree of the bachelor that she attained from Quetta college. Since her childhood, she had a dream of joining Showbiz that she fulfilled in spite of the conservative environment of her family.

She was born in a conservative middle-class family. Though she became part of this industry when she was hardly 14, yet she struggles a lot to handle her family and her profession side by side. Her brother Feroze Khan joined industry following her footsteps, and today he is one of the leading actors of the industry. Her sister Dua Malik is likewise a Showbiz Personality while her brother in Law Sohail Ahmad is an incredible singer. She got married to Shamoon Abbasi in 2010, but unfortunately, both got separation after a few times. Currently, she is single yet has good terms with Shamoon.

Malik gave a start to her career with Modelling at the age of 14. She walked the ramp for the first time for a top designer Deepak Perwani. Her confidence is unmatchable that makes her look more stunning. Humaima has done extensive work as a model and people love to see her on-ramp. She won’t hesitate to wear bold dresses even after criticism.