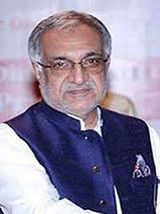 Mir Hazar Khan Bijarani is a Pakistani lawyer, a politician, & recipient of progressive Agriculturist. He has elected two times as federal & provincial minister while the government of Pakistan People’s Party. February 1, 2018, he and his wife were found dead, bullets were fired on their both head and both died. Mir Hazar Khan Bijarani was a well-educated person who did his degree in Master of Arts in Political Science, bachelors of Arts from National College Karachi & bachelors of Law from S. M. Law College. He was born in Karampur Sindh on July 10, 1946. He has five children including Nawab Khatoon Bijarani, Nusrat Bijarani, Mansoor Ali Bijarani, Shabbir Ali Bijarani and Shabnam Bijarani. He traveled to France for attending a Conference and a Workshop to the United States (US). His father name was Sardar Noor Mohammad Khan & Begam Nawab Khatoon Bijarani was the mother. He was also interested in riding, hunting, shooting, sight-seeing, reading and music. On 11th January 2016 Bijarani resigned  from the provincial cabinet after not being given any ministry since his refusal to accept the portfolio of education ministry when his portfolio was changed from works and services department to education department in July 2015. He also took up the issue with PPP co chairman Asif Ali Zardari in Dubai but failed to get any concrete result and later his charge of education department was given to Minister for Parliamentary Affairs Nisar Ahmed Khuhro. He had sent his resignation to the Sindh chief minister after he was not given charge of any ministry for more than three months. The sources further said that despite of being a senior member of the party and repeatedly elected as MPA and MNA for several times, Bijarani was annoyed with the Sindh government after being ignored. A senior politician of the PPP Mir Hazar Khan Bijarani and his wife Fariha Razaque who is a Jung group senior editor, have been found dead at their house in the DHA Phase II Karachi on February 1, 2018. According to initial reports, the bodies bore bullet wounds. The police have begun an interrogation into the unfortunate incident. According to the Superintendent of Police Clifton, someone informed at the police helpline 15 about the occurred incident. At that time, Syed Murad Ali Shah Chief Minister Sindh and other Pakistan People’s Party lawmakers and politicians have visited at Bijarani house in Khayabane Janbaz. Sardar Ayaz Sadiq national assembly speaker and Murtaza Javed Abbasi deputy speaker have also condoled the murder of the Sindh minister and his wife.[1] Murder Murder

The funeral prayers of Mir Hazar Khan Bijarani was offered 2 February 2018 in his ancestral village in Kurrampur Kashmore Sindh Pakistan and the funeral prayers of Fariha offered in Karachi’s Sultan Masjid. Murad Ali Shah who is a Sindh Chief Minister and other senior leaders of the PPP were attended the funeral.  Maulana Wazir Ali Jatoi performed the prayers at the Grid Station Ground. A public holiday was announced in Jacobabad & Kandkot because of the funeral.