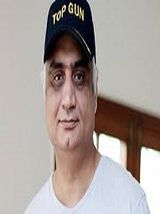 Hassan Rana is a film producer, writer, and director from Pakistan and the originator of Mindworks Media. Rana holds the credit to provide the Pakistani film industry with the highest-earning movies. Many people thought it impossible to make Waar and Yalghaar level movies in Pakistan. Still, Rana didn’t back up and put all his efforts in making of Pakistan’s highest budget and star-studded films. His films depict his sense of honesty, sincerity, patriotism, and responsibility towards Pakistan. This article has all the information about Rana, including Hassan Rana Biography and Hassan Rana Movies. Hassan showed his patriotism by investing his earnings in the Pakistani film industry. He used the cinema and film industry to show the world a peaceful and outstanding image of Pakistan. He knows the power of cinema in spreading information and messages. According to him, cinema is a place where people spend money to sit in a peaceful and undisturbed environment, willing to watch and listen, so he carefully has chosen the topics, script, and cast for his films. Pakistani people and media realized his efforts for Pakistan and awarded him three A.R.Y. Film Awards.

His first-ever production, film Waar, made him a highly acclaimed and well-recognized director and producer in the showbiz industry. This movie earned him three awards at first A.F.A.s (Ary Film Awards). After experiencing successful outcomes from 1st direction, production, and acting experience, he got the motivation to sign a Memorandum of Understanding with the A.R.Y.’s president and founder Salman Iqbal for making two thriller films Waar 2 and Yalghar. These two thrillers decided to be released in 2017-2019. On 28th June 2017, Yalghaar released and received massive applause from viewers.

Waar’s director Bilal Lashari filed a F.I.R. against Hassan, the capitalist of film. He claimed Rana had not followed the agreement, according to which Hassan has to pay profit’s  25%  to the director. But Lashari reported that Rana hasn’t paid a single penny from profit.