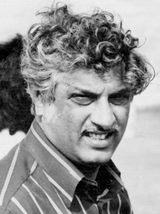 Haseeb Ahsan was a former Pakistani test cricket bowler. He was a right-arm off-break bowler who served in the national team from 1958-1962 in the test format. His international cricket career for Pakistan ended after a difference of opinion on his bowling action with then test captain of Pakistan Javed Burki.

He played his last Test at a very young age of 23 years. Haseeb also served as the chief selector and team manager of the Pakistan cricket team who remained a member of the 1987 cricket World-Cup organizing committee. He left this world at the age of 73 years in 2013. This article has everything about him, including Haseeb Ahsan Biography. Haseeb was an exceptional bowler who made his country proud many times by his successful bowling. Even though he faced some controversies in his bowling career, he succeeded in making his name in the cricket world. Not only a talented cricketer, but he was also a perfect and skilled administrator having leadership and administrative skills.

Big names of the cricket world admitted his managerial skills and called him an ideal administrator. He possessed the ability to judge and discover true talent, so he was the 1st person who selected Waseem Akram after realizing his talent. Despite having a successful cricket career, he didn’t enjoy a successful married life and died as a bachelor.

He completed his education from Islamia College PSW, KPK.

He remained single throughout his life and died without marriage.

He played his forty-nine 1st-class matches for Karachi, PIA, RWP Peshawar, and for some other teams between 1995-1963. During his 1st class cricket matches he took ten wickets in a tournament two-times, and five wickets or more in an inning on thirteen occasions.

He played his debut 1st-class match for Bahawalpur and NWFP and played his only cricket match against MCC (Marylebone Cricket Club) in 1955 to 1956. He performed in three matches for PEW from 1956 to 1957 and took eight for seventy-six, and it was Ahsan’s best bowling statistics.

Match Against Punjab B

In next tournament, he bowled more efficiently and took forty-three wickets in the nine matches. In that same tournament, he took eight for twenty-three against ‘Punjab B’ in 1st-class cricket.

He played his 1st Test match against Windies at Kensington Oval in that same match where Haneef Muhammad scored three-hundred and thirty-seven runs, during 1st match of 1958 series. Haseeb conceded eighty-four runs in twenty-one overs and didn’t take a wicket.

He performed in three games of this series and took a total of five wickets. In the next two 1st-class matches seasons he achieved fourteen wickets, and his topmost bowling statistics came out to be five for fifty-one.

He toured India as part of Pakistani squad in 1960 to 1961 and there he played nine cricket matches, consisting of five-test matches and secured twenty-four wickets.

During season 1960 to 1961, he secured twenty-six wickets against West Zone (1st-class cricket squad).

He successfully took fifteen wickets against India in Test cricket. His best bowling statistics that came against India at Nehru Stadium were 6-wickets for two-hundred and two. During the seasons 1961 to 1962, he achieved twenty-eight wickets in a total of ten games.

He played in next-2 domestic seasons and achieved twelve wickets in eight matches against Sargodha squad while performing for ‘PIA’ during Ayub-Trophy. During his last match at Karachi National Stadium Ahsan took two-wickets.

During 1980 he served as team manager and chief selector of Pakistani cricket squad. He selected Waseem Akram for matches against New Zealand from 1984 to 1985. Akram found him as a strong and independent selector who gave value and preference to young and fresh talent and recruited them for big battles.

He suffered kidney failure and was getting dialysis treatment at Karachi Agha Khan Hospital. KCCA (Karachi City Cricket Association) president praised his courage and said he faced his illness with bravery. On 8th March 2013, he passed away at the age of seventy-three. He embedded at PECHS cemetery.