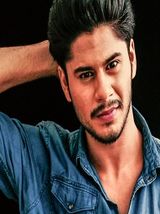 
Haris Waheed is an accomplished Pakistani Television and Theatre actor who has worked in numerous Pakistani serials as a supportive actor and has established his position in the industry. He got married to a Pakistani actress Maryam Fatima in a court. This article contains a blend of information about him including Haris Waheed Biography, Haris Waheed Family and Haris Waheed Dramas. Mohammad Haris Waheed is a versatile Pakistani Television and a film actor who is also known for his work in Theater. He has made millions of followers over all these years with his talent without having any artistic background. He is known for her supporting roles in various astounding serials. A kind-hearted, polite and enthusiastic man is giving his hit performances one after another and it’s not at all a surprise for his fans.

He was born on 1st January 1980 in Karachi where he spent all his life. Currently, he still resides there with his family.

He belongs to a conventional yet exceedingly supportive family. He got married to Maryam Fatima (a Pakistani actress and a model) in 2017 in court. They got married in court due to the absence of his wife’s family. The couple remained the talk of the town for a while after their marriage.