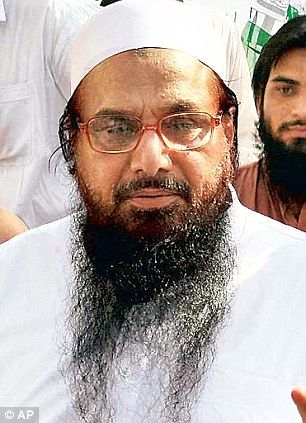 Hafiz Muhammad Saeed born in Pakistan and is the leader of Pakistan-based charity group Jamaat-ud-Dawa. He is known to have founded Lashkar-e-Taiba (LeT) an armed group mostly fighting Indian soldiers in the disputed Kashmir region since 1990. 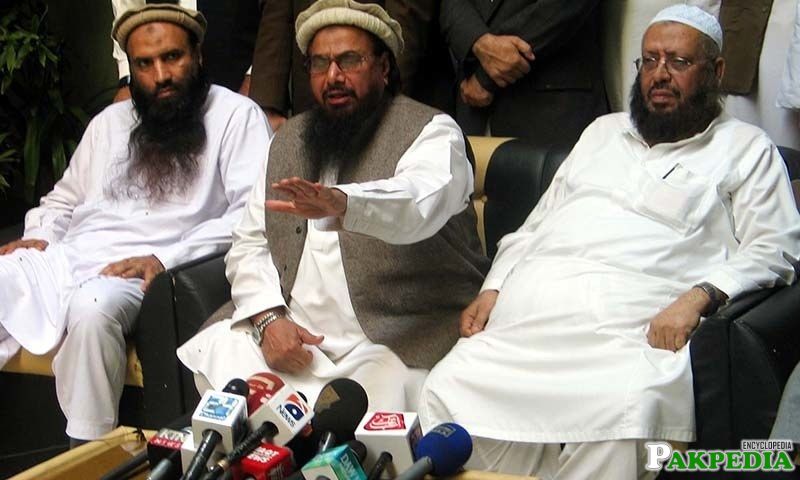 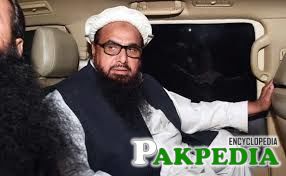 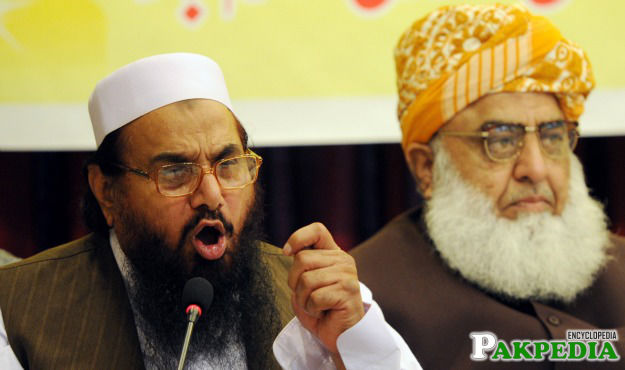 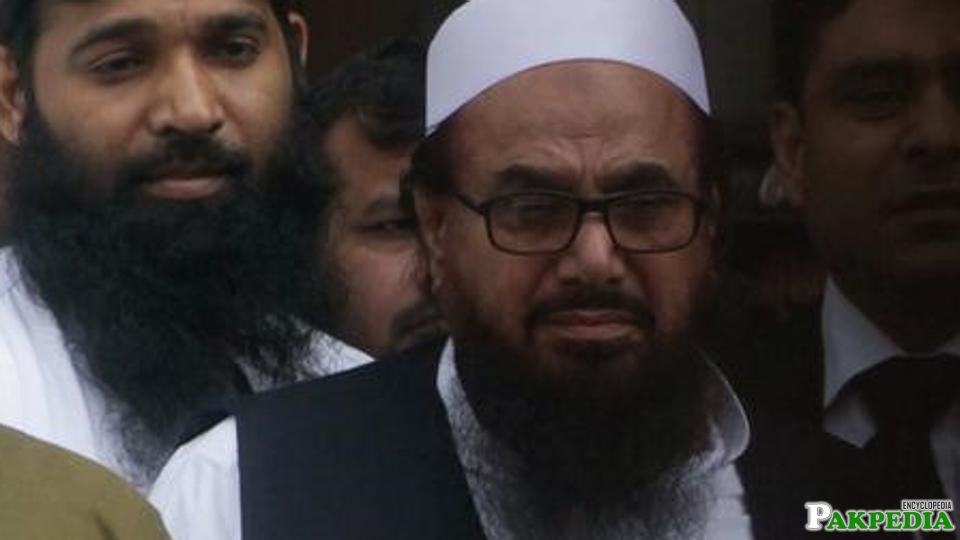 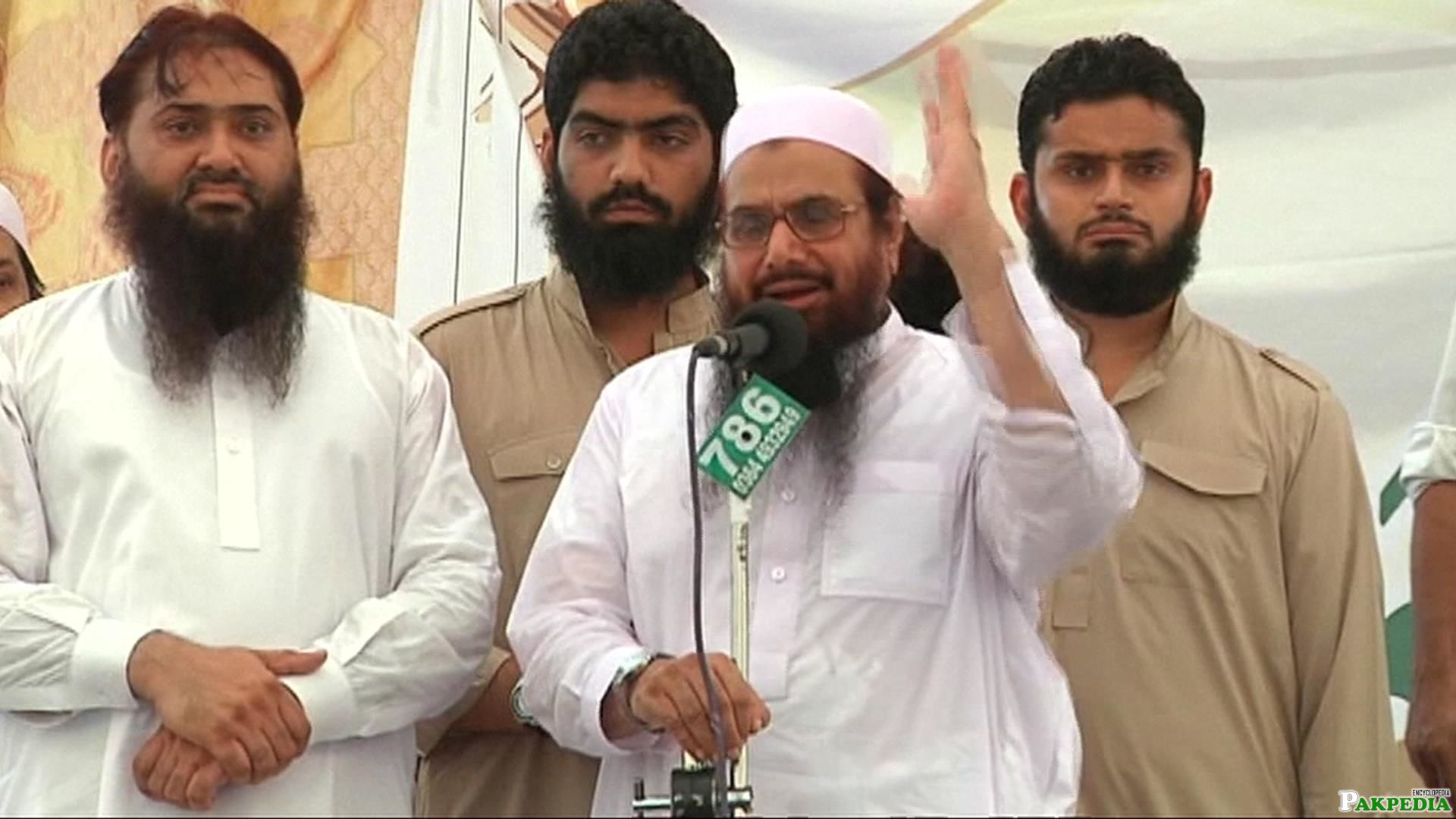 Hafiz Muhammad Saeed’s ancestors hail from Kashmir while his father was settled in Simla, India before migrating to Pakistan after the partition of the sub Continent in 1947. It was during this thorny journey of migration that Hafiz Muhammad Saeed was born on route to an independent Pakistan. This migration also resulted in numerous sacrifices on the part of Hafiz Saeed’s family as various members of his family lost their lives while migrating to Pakistan.[1]  Family Background

Hafiz Saeed’s whole family is well-known for their devotion towards acquisition of knowledge. His father, Kamal-ud-Deen, was a scholar, while his uncle and father-in-law, the late Prof. Hafiz Abdullah Bahawalpuri, rahmatullah alaih (May Allah have mercy on him), was a renowned and distinguished Islamic scholar and has a very famous and respectable reputation among the masses and scholars alike. Hafiz Saeed’s mother too, was a well educated lady and thousands of women used to come and learn from her.

HafizbGbiven Name By His teacher 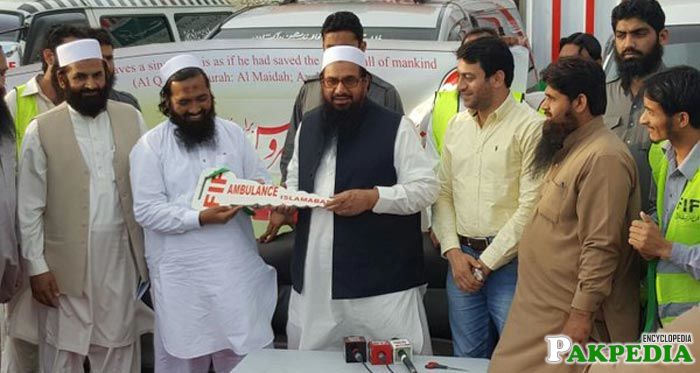 ‘Saeed’ is his given Profile Name, while ‘Hafiz’ is a title bestowed upon him by his teachers because he had memorized the whole Quran by the youthful age of only twelve years. Hafiz Saeed comes from a family which has produced eminent and noted Islamic scholars throughout the ages, and he therefore received his early education from members of his own family and relatives.[2]  Hafiz Given Name By His teacher

Grandfather and His Cousins

Similarly, Hafiz Saeed’s maternal grandfather, the late Maulana Noor Muhammad, rahmatullah alaih, was also a prominent Islamic scholar and several famous Islamic scholars of Pakistan were his students. All of Hafiz Saeed’s cousins and brothers are well-known scholars in their own right too and have been learning and teaching at various universities of America and Pakistan. In short, his whole family comes from a well-educated and scholastic background. Hafiz Saeed has two daughters and a son. His daughter too, is a graduate, while his son is a professor at a university, as well as studying further for PhD.

Hafiz Saeed’s education was not limited to Islamic courses alone. He cleared his matriculation exams (Junior School) in 1966; passed the FA (High School) exams in 1968, two years later; received his bachelor’s degree from the University of Punjab, Lahore, in 1970, and finally went on to receive his first Masters degree in 1972, and his second Masters degree, also from the University of Punjab, in 1974.

Hafiz saeed as a Teacher

Although Hafiz Saeed joined the University of Engineering and Technology in Lahore as a teacher after completing his education at the University of Punjab, his quest for knowledge was not satiated and he traveled to Saudi Arabia for further education and completed a Specialization in Arabic Language from the Jamia Malik Saud (King Saud University). He stood first in the specialization exams and won a gold medal. While he was there, he also enhanced his knowledge of Islam from various well-known Saudi scholars and became the favorite pupil of the most distinguished Islamic scholar of Saudi Arabia, Shaykh Abd-ul-Aziz ibn-e-Baz, rahmatullah alaih. Another source of enhancing  Islamic knowledge for Hafiz Muhammad Saeed were the wealth of books in several libraries of Saudi Arabia, where he was able to study a huge selection of books on Islam while being employed there.[3] As a Teacher

Talha Saeed is the name of the son of Hafiz Saeed. 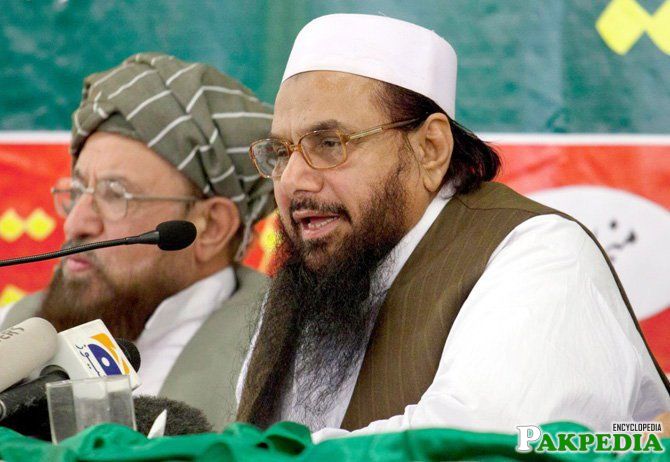 Prof. Hafiz Muhammad Saeed has undertaken several research and scholastic works, notable among which are;

Participated in near enough all seminars and conferences in Pakistan on education, youth development, and society building.

To promote reading culture, he was instrumental in setting up some libraries across Pakistan. [5]  Reading Culture

The purpose and goals of the departments of Education and Social Welfare of JAMA’T-UD-DA’WAH are the classic examples of his vision.

Visit to the United States

Owing to high respect and esteem that Prof. Hafiz Muhammad Saeed cherished thanks to his commitment to education, healthcare and social work, he was invited to the US in 1994 by various Islamic Centers. Most lectures of Hafiz Muhammad Saeed centered on ‘Islamic Perspectives of Raising Children.’ Thus, he spoke at the Islamic centers of Florida, New York, and Houston.[6] Hafiz Saeed Visited The United State

Journey to the United Kingdom

Prof. Hafiz Muhammad Saeed visited the Great Britain in 1995. During his tour he lectured on, ‘Kashmir: A Disputed Issue’ and, ‘Violations of United Nations Resolutions’ at various Islamic Centers in London, Birmingham, Rochdale, and several other cities.[7] Hafiz Saeed Also Visted United Kingdom

The co-founder of Lashkar-e-Taiba and the chief of Jama'at-ud-Da'wah recently reacted strongly to U.S. President Donald Trump's announcement to shift the American Embassy to Jerusalem, terming the decision pro-Zionist and anti-Muslim. He made these statements in both Lahore and Karachi. He warned President Trump that his recognition of Jerusalem as the capital of Israel would evoke a strong reaction from the Muslim world and could possibly lead to a declaration of war across Middle East. He further added that Israel in Palestine are "committing atrocities" and urged the Government of Pakistan not to become the victim of external forces and stand with Palestinians in their "freedom struggle". [8] U.S. Announcement
Disclaimer: As an encyclopedia, pakpedia.pk's articles contains shared information which has collected from different sources and people. We welcome everyone for corrections and updates, Thank you.

AlamZaib Khan Mehsud is a young social activist an

Manzoor Ahmed Pashteen who is famous for his socia

Gulalai Ismail is a human rights activist who alwa