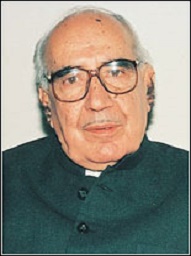 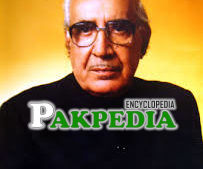 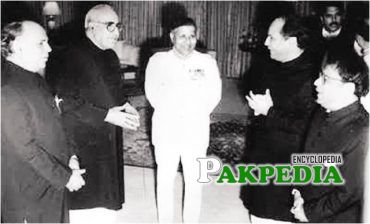 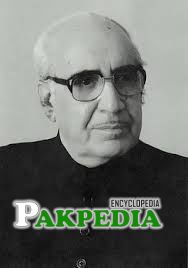 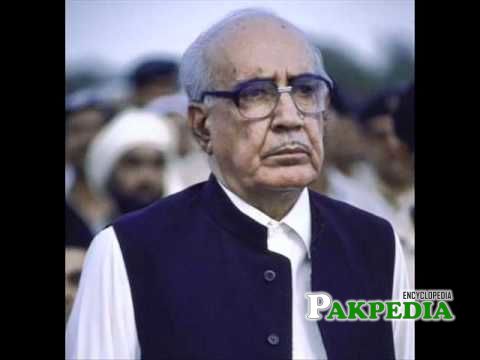 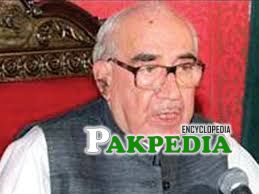 Served as 7th President of Pakistan

A powerful player in the political equation was President Ishaq Khan.The president, under the constitution, is elected by a majority of the members of the national and provincial assemblies. Ishaq Khan was a seasoned senior bureaucrat-turned politician who had been a key figure in Pakistan for more than three decades.[1] Biography

Ghulam Ishaq Khan was born on January 20 , 1915 in Ismailkhel , Bannu District , Pakistan â€˜s Northwest Frontier Province, in a Pashtun ethnic family . He joined Peshawar University in 1933 where he received his B.S. in Chemistry first and then Botany, followed by his M.S. in Nuclear chemistry in 1940.[2]Â  Born and EducationÂ

Despite his educational field, Khan joined the Indian Civil Service and became a career bureaucrat in the Government of British Indian Empire. He was appointed to the significant Civil Service of Pakistan after independence in 1947.

Ghulam Iskhaq Khan, first of all, held various local posts in the Sindh Government and then he was selected as the Chairman of the West-Pakistan Water and Power Development Authority in 1961.Â

In 1966, he was out and was made Finance Secretary of the Ministry of Finance until 1970 when he resigned from his position. After witnessing the terrible Indo-Pakistani War of 1971, Khan was tasked to run the retail and commercial services, since the economy was in breakable state. This task was considered quiet difficult and challenging for a country that was mutilated as a result of this war.Â

In 1971, Zulfikar Ali Bhutto appointed him as the Governor of State Bank of Pakistan when he was tasked to carry out monetary and credit policy in accordance to Government policy with influence of socialism. In the latter position, he asked the wisdom of a number of the economic policies of then Prime Minister Zulfiqar Ali Bhutto who was keen to strengthen his nationalization and socialist influence in the financial institutions that marked the slowdown of the economy.

Secretary of Ministry of Defense

In 1977, Bhutto accordingly moved Khan from the bank and appointed as the Secretary of Ministry of Defense. Although an unusual post for a senior economics expert, it proved to be fortuitous in that it brought him into close contact with the senior officers of the Pakistan Army Forces.

Chairman of the Senate

Mr. Khan was considered a close aide of General Zia. In February 1985, Mr. Khan was elected chairman of the Senate. As per constitutional arrangement, Mr. Khan assumed the role of president after General Zia's plane crash in August 1988 and was formally elected president that December.

As president, Mr. Khan twice used a constitutional amendment that gave the president sweeping discretionary powers to dismiss a government and override the government's choice of army chief.[4]Â  7th President of PakistanÂ

He held the general elections in 1988 in which Benazir Bhutto became prime minister of Pakistan, the first woman to do so. In 1990, Mr. Khan dismissed Ms. Bhutto's government, which was tainted by charges of corruption, mismanagement and nepotism.In 1993, he also dismissed the government of Prime Minister Nawaz Sharif on the same charges of corruption and mismanagement. He then started a collaboration with Ms. Bhutto, whom he had earlier thrown out of the government. After the Supreme Court ordered that Mr. Nawaz Sharif be restored, a political crisis gripped the country.Amid growing tension, Pakistan's powerful army chief asked both men to resign in 1993.

Even though there is the existence of coming to an arrangement with the PPP government to be re-elected to the (time when someone is president/being a president) after the 1993 elections, he was eventually dropped as a candidate in favour of Farooq Ahmed Khan Leghari. He (after that) retired from politics and avoided contact with the international and national media.

He died on 27 October 2006 after a bout of pneumonia.
Disclaimer: As an encyclopedia, pakpedia.pk's articles contains shared information which has collected from different sources and people. We welcome everyone for corrections and updates, Thank you.