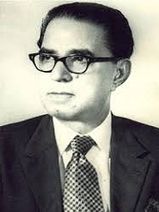 
Fazal Elahi Chaudhry is a Pakistani Politician who served as the 5th president of Pakistan. He has remained as the member and the Speaker of the National Assembly.  Fazal has also served as Minister of Education. He was an intelligent advocate as well. He also represented Pakistan in the United Nations in 1951. He took his last on 2nd June 1982. This article has all the information about Fazal, including Fazal Elahi Chaudhry Biography. Fazal is an important personality in the history of Pakistan. Though he was successful in his practice as an advocate, he joined politics in 1930 and was elected for the first time unopposed. The career of Fazal continued until he was elected as the President of Pakistan. He was the first President to be elected after the new constitution of Pakistan was passed in 1973. He has served as an opposition leader, Speaker of the National Assembly, and represented Pakistan in the United Nations. His service has greatly benefitted Pakistan

He was born in a well established Gujjar family. Most of his family members took part in politics. His brother Rahamdad was a Senator while his son Chaudhry Ata was a member of the National Assembly. One of his nephews served as a member of the Provincial Assembly of Punjab. His other nephew, Muhammad Akram, was an Inspector General Police of Islamabad.

Fazal Ilahi was an educated man. He got his early education in his district and then enrolled in Aligarh Muslim University in 1920. Later he completed his LLB in Civil Law in 1924. After one year, in 1925, he obtained a Master’s degree in Political Science from the Postgraduate school of Punjab University. His last degree was LLM in Law and Justice in 1927.

He resigned after the military takeover of Zia ul Haq, he resigned from his post and the military to control of the country. He was greatly respected by Zia and used to visit him in his last times. He died on 2nd June, 1982. Rarely, the country has seen an educated politician like him. His services were of immense importance. He always presented himself in the times when the country needed him the most. His greatest contribution was during the partition. First, he spread the movement of Pakistan in his area and then he provided himself to the government and served under Liaquat Ali Khan which was a difficult time.