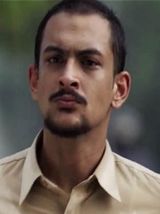 
Faris Shafi is a Pakistani actor and a singer who is in the industry since 2012 and is winning the hearts of people with his phenomenal performance in every serial. He belongs to an artistic family. This article contains detailed information about him including Faris Shafi Biography and Faris Shafi Family. Did you know that he is the son of Saba Hameed? Faris is a well-known name in the Showbiz Industry who is best known as the uncensored voice of Pakistan. In spite of being born in an artistic family, he proved himself with his hard work and talent. His dream of becoming a Showbiz personality flourished since Childhood so soon after completing his education he stepped into this field. He is unmarried and fully focused on his career.

He was born on 2nd November 1987 in Lahore. Currently, he still resides there yet often lives in Karachi for his work.

He belongs to an artistic and talented family where his grandfather late Hameed Akhtar was a columnist and a journalist. His mother Saba Hameed is a well known Pakistani actress who has given notable work to the industry. His sister Meesha Shafi is a talented and famous Pakistani singer who is also the judge of the Pepsi battle of the band while his two aunts Huma Hameed and Lalarukh Hameed were also the part of Pakistani industry. His stepbrother Ali Abbas is also a very famous Pakistani actor.

Faris has given the Pakistani music industry a wind they never experienced. This rapper is to be sure of a full bundle. He composes and forms his own melodies and gives a hit, in a steady progression; The most well-known one being “Awaam”, as a team with Mooroo. The melody depends on the preliminaries which the general population of Pakistan faces in their everyday life. It was on medium-term achievement. Different manifestations of Faris incorporate, Muskura and Jawab De.

He made his debut in dramas in 2012 with a drama serial Manjali which on aired on Geo Tv starring many talented actors including his mother Saba Hameed, Mikaal Zulfiqar, Mehwish Hayat, and many others. After giving a hit debut he was seen in many serials along with many fine artists including Kubra Khan, Agha Ali, Zarnish Khan, Junaid Khan, and many others.