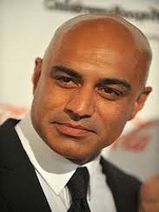 
Faran Tahir is an actor from America and works in American T.V. serials and movies. With characters varying from Shakespeare’s Othello, to eminent Captain Nemo, to a father anxious for his family trying to leave Syria, his acting career have a copious amount of versatility. He was brought up in Pakistan and then moved to the USA to attain education in theater. Currently, he is living in the USA. This article has all the information about Faran, including Faran Tahir Biography. He belongs to a well-educated family, his father, Naeem Tahir, is a Pakistani film, theater, and T.V. actor, dramatist, public speaker, columnist, and scholar. His mother, Yasmeen Tahir, is a renowned radio broadcaster. His grandparent Imtiaz Ali Taj a famous dramatist, is known for his play ‘Anarkali’ made on Anarkali’s life. His siblings Mehran Tahir and Ali Tahir, also belong to the showbiz industry. Ali Tahir is known for his performance in PTV’S comedy play ‘Teen Bata Teen,’ while Mehran is a Television producer. He and his spouse Marie Tahir are parents to a son Javan and a daughter Leena. Javan also played a minor role in the film ‘Iron Man.’

He started his film career by portraying Nathoo in the Disney Company’s adventure flick based on English journalist Joseph Rudyard’s ‘Jungle Book.’ Jungle Book is a compilation of tales consisting of animal characters Baloo and Shere Khan, and the main character ‘Mowgli’ is a man-cub who is raised in forests by wolves. Faran Tahir as Nathoo was among the human characters of this adventure film.

In 2019, on his tour to Karachi, he was invited as a guest by veteran actor Samina Peerzada in her talk show ‘Speak Your Heart With Samina Peerzada.’