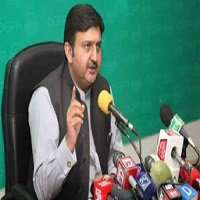 Faisal Subhan is the chairman of Construction & Engineering Company and a primary character of Metro Bus Project of Multan and accused of making a fake and unrecognized company in collaboration with a man ‘Aijaz Malik.’ This article has all the information about him, including Faisal Subhan Biography.

A significant responsibility was handed over to Subhan by PML-N, i.e., to be the primary and leading character of Multan’s Metro Bus Project but he became the most controversial character due to this project. He was accused of having a partnership with China’s fake company.

Imran Khan took advantage of this situation and used it for political purposes. He blamed Subhan and Shehbaz Shareef that they had enjoyed financial benefits from this project. As soon as Subhan revealed the facts about corruption in the project, he got disappeared from the scene.

This disappearance allowed all the political figures and Imran Khan to accuse PML-N leaders.

He used forged letters from CM Punjab Shehbaz Shareef and Mushaid Hussein Syed to form this company. Regulatory Authority of China investigated this matter and declared that there is no existence of such a company. Imran Khan accused then CM Punjab Shehbaz of receiving monetary advantages from the fake Chinese Company ‘Yabaite.’

The Response of the Federal Government

Provincial Govt responded the Imran’s tweets and declared that the Chinese Regulatory Commission has blacklisted the company ‘Yabaite,’ and have imposed maximum penalties on this Yabaite and its owners for defaming CM Punjab.

In response to inquiries, Subhan stated that Pakistani companies don’t possess the ability to construct, manage, and design such vast projects.

But this response itself was a blunder as the question arises if Pakistani companies can’t build, design, and manage projects such as Multan’s Metro Bus, then who completed 1st two projects (Metro Lahore and Metro RWP-ISB) as it was 3rd Metro project.

In his response to the financial consultant of Yabaite, he stated that the Construction duration of the Multan Metro is from 2015 May to 2015 December. But the construction started on 24th May 2015, and the inauguration ceremony was carried out in 2017.

How is it possible for Capital Engineering and Yabaite to complete the construction work of sixteen bus stations and other construction-related activities within six months since the project’s commencement?

All the forged and fake letters such as letters of CM Punjab and two senators’ letters were made in May 2017. It proves that Faisal’s statements were also prepared at that time. In September 2017, reports declared that owners of Yabaite and its Pakistani associates made a significant blunder.

They submitted fake documents of a fake company to CSRC (China Securities Regulatory Commission) without registering it in Pakistan. Later they tried to apply for Capital Engineering & Construction Company in Pakistan but failed.

After Subhan’s responses to Chinese Authorities, he disappeared from the scene, and PTI members blamed CM Shehbaz for his disappearance and said CM had removed him from the scenario.

Chairperson PTI Imran Khan announced to start a campaign for Subhan’s recovery, who, according to Imran, had exposed Shahbaz Sharif’s corruption in MMBP. He stated that Subhan is missing since he unveiled the Metro project’s corruption and demanded a fair inquiry.

He kept his demand in In front of SC Pakistan to publicize such contracts in the future.