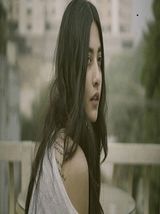 Eman Suleman is an emerging talent who started her journey of acting and Modeling in 2018 and earned huge fame in just a year. This article contains all the information about Eman Suleman biography and Eman Suleman career. Did you know that she made her debut in acting from mini-series ‘Akhri Station’? Eman is a beautiful and bold Pakistani actress and a model who started her career in 2018 with a drama serial ‘Akhri Station’. She got the opportunity to work under the leadership of prominent designer Fahad Hussein. She is one of those who always stand for the rights of women and doesn’t bother about the trolls on social media. She is unmarried and fully focused on her career which she has just started.

Being born in Islamabad she did her schooling from the same city and studied liberal arts from the Beacon House National University, Lahore.

She was born on 1st January 1992 in Islamabad, Pakistan but later she moved to Lahore along with her family and currently resides there.

She made her debut in a mini-series of HUM Tv ‘Akhri Station’ along with Mikaal Zulfiqar, Sanam Saeed, Anam Gohar, and many others. Her acting in that series turned out to be exceptional as people praised her a lot. She is a model turned actress who is a multi-talented girl and has always the back of her family who is the biggest support system for her. Soon she is gong to be seen in Sarmad Khoosat’s movie ‘Zindagi Tamasha’.

She is a wonderful and stunning Model who has become prominent in a short time. She has that sense of carrying every fashion and every style in a decent way. She got the privilege to work with many prominent designers including Fahad Hussein and has walked on ramp many times. She has been trolled several times for her boldness on social media which never bothered her. The girl has indeed a long way to go.

Model Eman has become again the talk of the town after Lux style awards have revealed their nomination where she has been nominated as an emerging talent along with few other artists. The young model took to Instagram and refused to share her nomination with an accused harasser (whose name she didn’t mention). Many people appreciated her for this step while few called her attention seeker. In the video uploaded on her Instagram account, she clearly mentioned that she didn’t send her portfolio to the LSA.