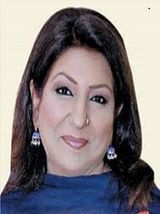 
Ishrat Fatima is one of the most respectable newscasters who is performing her services since 1980. Currently, she is working in a Radio Pakistan in Islamabad. This article contains detailed information about Ishrat Fatima biography and Ishrat Fatima career. Did you know that she is awarded the Tamgha-i-Imtiaz on 23rd March 2019? Ishrat Fatima Saqib is a senior and the most respectable lady who has performed her duties as a radio caster till ages. She is indeed one of the most decent women who attracted everyone towards her with her reasonable personality and sweet nature. She was born in an Arain family in a Basti fareedwala, Shaher Sultan District Muzaffargarh where she spent all her life. Her sister Aisha Khalid is a journalist and currently resides in Washington, DC. Ishrat currently resides in Islamabad.

Ishrat is one of the most successful and talented newscasters we have in Pakistan who started her career a long way back. In an interview, she told media how she started her career. At a very young age, she came to know about the auditions happening in Pakistan Television to broadcast the Weather news. During the audition, she was asked to read the script of ‘Khabar Nama’ after which she got selected the next day. Before her audition, she used to host a program ‘Khel Aur Khiladi’ in Radio Pakistan.

She was the popular face of the daily news segment in the 1980s and 1990s which used to be broadcast at 9 PM daily. She was and still best known for her grace and decency. She used to read the news with full confidence and had full command over the Urdu Language. In an interview, she uttered that before reading the news onscreen she used to rehearse it first several times.

After serving many years in PTV she left the channel due to some personal reasons which she never told. Currently, she resides in Islamabad along with her husband and kids and is reading the news in Radio Pakistan nowadays which they also show live on Facebook.