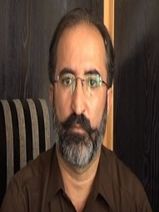 Dawar Khan Kundi (داور خان کندی‎‎) is a Pakistani politician who is currently a member of the National Assembly of Pakistan, belonging to the Pakistan Tehreek-e-Insaf. Dawar Kundi is a politician with to less informations to calculate the score. Add Content by registering and show others if they could vote Dawar.
He is born on N/A and active in Pakistan, Islamabad. [1] Profile  Profile

The wealth for Dawar is at the moment unknown. Dawar Khan Kundi salary is not exactly listed yet here. Maybe you find in a CV the salaray of Dawar Khan Kundi. [3] Wealth & Salary

The political party of Dawar Khan Kundi is Pakistan Tehreek-e-Insaf from Pakistan.

Maulana Asad Mehmood could be the new face of ‘religious politics’ in Khyber-Pakhtunkhwa (K-P).
Son of Jamiat Ulema-e-Islam-Fazl (JUI-F) chief Maulana Fazlur Rehman, Mehmood will be contesting for the NA-25 (DI Khan-cum-Tank) seat on the party’s ticket in the by-polls. The seat was vacated after Fazl decided to take oath from NA-24 (DI Khan), leaving Mehmood to fight it out with Pakistan Tehreek-e-Insaf (PTI) candidate Engineer Dawar Khan Kundi on August 22.Though the JUI-F has been winning the seat since the past three elections – 2001, 2008 and 2013 – Mehmood might be up against tough competition due to changing political dynamics.

Dawar Kundi to be expelled from PTI