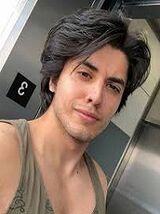 Danyal Zafar is serving the entertainment industry as a singer, music director, composer, actor, and model. He also aims to pursue his career in acting and has played a lead role in a short film which earned him accolades. Being the younger brother of maestro singer Ali Zafar, he is following his brother’s footsteps to make his name in the music industry. Currently, he is living in Lahore with his family. This article has all the information about Zafar, including Danyal Zafar Biography. Danyal is the man with talent, charisma, and looks ready to make his mark in the entertainment industry. He believes in hard work, dedication, and making name and career; that’s why he never took advantage of his brother’s fame and popularity. His attractive looks and body make everyone crazy, and he has stolen the hearts of people with his singing and his drool-worthy and dynamic personality. He is lucky enough to have a higher place in the music industry via the debut performance only. He has set an example for youth who are trying to establish their career.

He was born on 12th December 1996, in Lahore. Currently, he is living at the same place.

He started his early education at Lahore Grammar School, and then in class, one got admitted to the Defence Campus of Beaconhouse school. From there, he completed his O levels and A levels. He then went to Los Angeles to have a one year course in film making from New York Film Academy.

He is the brother of a renowned and virtuoso singer Ali Zafar. Ali was always inspiration from him not only as a singer but also as an elder brother. Ali taught him a few chords on the guitar, and this learning took Danyal to a new level. Parents of these talented singers are associated with the teaching profession and doing a job in P.U. (Punjab University).

Seeing his brother getting fame and appreciation in a short time made him follow his footsteps. His brother gave him his music player that he kept with him during his visit to the USA. The player consisted of all the classics in which he started listening. He also carried a guitar with him, which he didn’t know how to play other than those chords which he learned from Ali. During this tour, he 1st time heard Jeff Buckley and Pink Floyd and began attending the online lessons.
Natural beauty like small forests, rivers, and sea inspired him, and he began playing guitar daily at parks and hummed the originals. Besides all this, what truly pushed him towards music was his feelings about listening to music. He felt a strong connection with music, which helped him express himself, and melodies served as a therapy for him. Whenever he felt sad or down, he heard music and came out of feelings of sadness and stress. He desired to make others feel the same for music.

After his return from the USA tour, his brother saw him as an evolving musician and started taking him to the studio daily where he used to play guitar on Ali’s songs, watching him make tunes, working with dedication, all that inspired him more.

He performed a song ‘Muntazir’ in season 10 of popular musical platform Coke Studio. The response to this song was overwhelming, which enhanced his energies and introduced him as a musician to people. He decided to perform in Coke Studio before the release of the album as he knew that era of T.V. and cable is almost gone, and people mostly use social media. Through Coke Studio, his voice reached millions of people, which helped him in introducing him.

He gave some tunes in Bollywood movie ‘London Paris New York’ as a guitarist and a vocalist. He also did music composition for Pakistani film ‘Teefa In Trouble.’

He made his acting debut in 2014 in a short movie ‘The Time Machine’ and played the leading role and got an appraisal for his acting talent.

Owing to his captivating personality, he did many photoshoots and was featured in a ‘Paparazzi’ fashion magazine.

He serves as the brand ambassador of Sprite and Djuice.

Being a social media biggie, he enjoys a large number of followings on social media, which is increasing day by day.