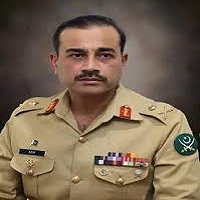 Lieutenant General Asim Munir is not a graduate of Pakistan Military Academy, but he was commissioned in the Army’s Frontier Force Regiment from the Officers Training School. He has also served as a Lieutenant Colonel in Saudi Arabia and has been involved in teaching at the Command & Staff College. This article has everything about him, including Asim Munir Biography. Asim is among those who excel in worldly education and life and Islamic knowledge and life hereafter. He is a memorizer of the Holy Quran. Due to his discipline and loyalty, he is a strict and disciplined officer in the army. He kept making progress in his career and received the ‘Hilal-i-Imtiaz’ in March 2018.

Since 17th June 2019, he is serving as Gujranwala Corps Commander. He performed DG’s duties (Director General) of ISI (Inter-Services Intelligence) until 16th June 2019 and was removed from this position after only eight months.

Asim was the head of another military intelligence agency, MI, during the general elections in July 2018. He is known as a tough officer in the army.