By tauseefanwarNovember 6, 2017No Comments4 Mins Read 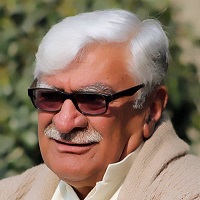 Asfandyar Wali Khan is a Pakistani politician and a former president of Awami National Party. The party was founded by his father Abdul Wali in 1980s which runs on the Slogan of Democracy and peace. Wali Khan began his political journey as a student activist in 1965.

In 2008 he escaped death when he was greeting with people after Eid ul Fitr Prayer. Being born in a notable political family, he too followed in his ancestor’s footsteps. He also served as a Standing Committee Chairman in the past. This article has all the information about him, including Asfandyar Wali Khan Biography. 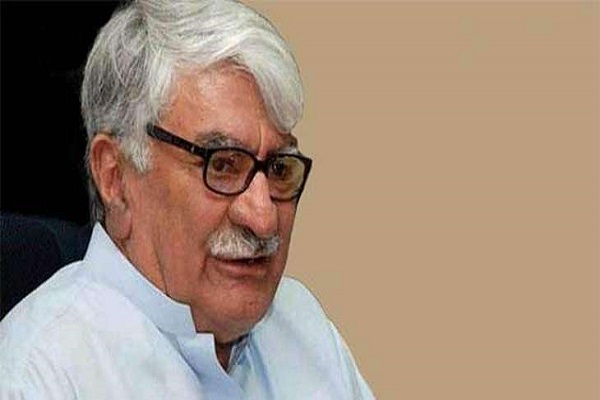 Asfandyar Khan is a Pakistani politician who has served as a member of the National and Provincial Assembly. He is operating as an Awami National Party’s president operated by his father in 1986. Wali had a political background, so things made easy for him. He is an influential politician who contributed a lot in establishing Afghanistan and Pakistan relation.

He has the power to gather massive public gathering for his political party, ANP. In his early career, he had sentenced in Hyderabad Conspiracy case by Bhutto. He has also served as a Senator in 2003 Senate elections. 2013 General Elections rubbed him out from the National Arena because of massive defeat.

He was born on 19th February 1949 in Charsadda in a small village.

He completed his schooling from Aitcheson College, Lahore. Later, he enrolled in Islamia college, Peshawar for his Bachelor’s degree. He also studied from the University of Peshawar. 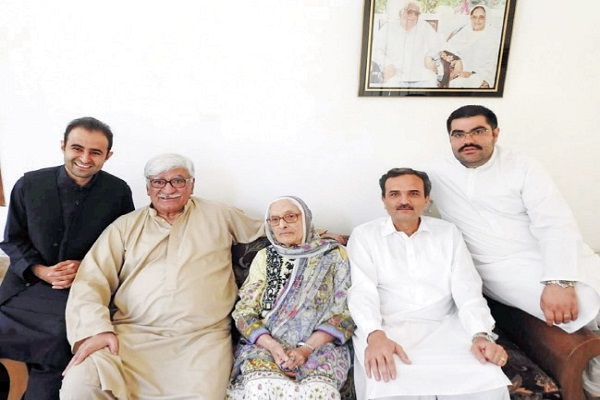 Asfandyar started his political journey in the 1960s by forming Pakhtoon Student Federation. He served as a student activist and associated with the opposition to General Ayub Khan.

In 1974 he was imprisoned in Hyderabad Conspiracy case by Zulfiqar Ali Bhutto. For 4 years he remained in the jail and finally released in 1978.

He ran for the provincial Assembly’s seat in 1990 General Elections from Khyber Pakhtunkhwa and fortunately won the elections. In 1992 he went to Singapore to attend a conference as a Standing Committee Chairman on Finance. He served till the completion of his tenure in 1993.

For the next elections, he ran for the National Assembly seat and once again faced victory. He served as a party’s parliamentary leader till the tenure’s end. In 1994 he attended Delhi’s conference. In 1996 he once again arrested and remained behind bars without any trial. He again elected as a National Assembly member in 1997 General Elections. Till October 1999 he remained the party’s parliamentary leader. In 1998 he went to Namibia to attend Conference.

He became the president of the party, Awami National Party for the first time in 1999. He remained as a president till 2002 as he resigned after losing 2002 General Elections.

2008 General Elections proved to be lucky for him and his party as he won the elections with the majority votes that gave his party National and Provincial power. In September 2008 he was made Standing Committee Chairman on Foreign Affairs. The same year he escaped a deadly attack by unknown people when he was greeting after Eid ul Fitr prayer. 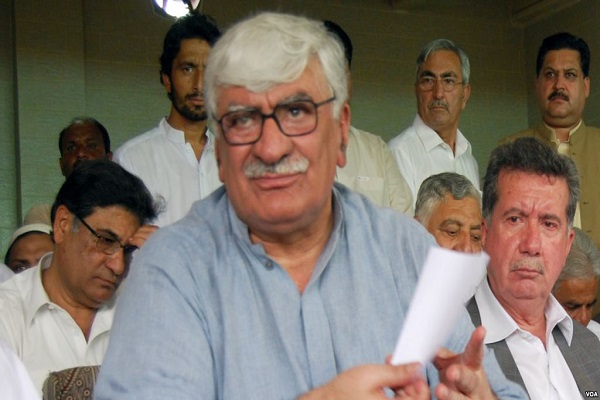 Due to his health issues, he couldn’t gather massive support for his party in 2013 General Elections and severely lost the elections. He couldn’t run any campaign for the elections.