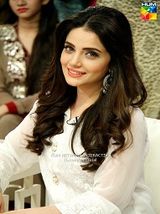 
Armeena Rana Khan, known as Armeena Khan, is a beautiful Pakistani actress and a Model who also holds the citizenship of the British. She is the first Pakistani actress who attended the Cannes festival, which is an achievement within itself. She is married to a British businessman Fesyl Khan. Armeena is never afraid to highlight sensitive issues of Pakistan and often face online bullying. This article contains all the information about her, including Armeena Khan Biography, Armeena Khan Family, and Armeena Khan Dramas. Armeena is a beautiful Pakistani Actress and a Model who holds dual Nationality of Pakistan and British. She was chosen as the 5th most lovely and beautiful South Asian Female Model for 2010 and 2011 consecutively. The beautiful actress started her career as a model, and today she is one of the most cherished actresses of our industry. She also asserts to be the first Pakistani actress who got a chance to be a part of the Cannes festival where her British short film ‘Writhe’ was screened. She is one of those Pakistani celebrities who have also worked in Bollywood.

She was born on 30th March 1987 in Toronto, Ontario, Canada, where she spent all her life. Currently, she resides in the UK and often visits Pakistan for her work.

She was born in a Pashtun and Punjabi origin background. Her father is a businessman while her mother is a housewife living in Toronto for a long time. She has one elder and one younger sister who doesn’t belong to the Showbiz Industry. In 2017 Armeena updated her fans with an announcement of her engagement with a British Pakistani businessman Fesyl Khan who proposed her on the beach of Cuba. She got married in 2020.

Before starting her acting career, she worked as a Model in 2010, after which she started getting offers for various films from everywhere. She worked for different brands and with various designers, including Nishat Linen, Faysal Bank, and Sprite, and did Television campaigns too. She built up herself as a notable model in Pakistan and Britain as well. She walked on ramp several times for various well known Pakistani designers.