By maryumtanweerMay 9, 2017No Comments5 Mins Read 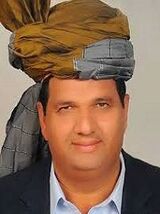 
Amir Muqam is a politician associated with Pakistan Muslim League N. He has been twice elected as a member of the National Assembly. He has also served as a mechanical engineer before joining politics. Muqam was previously associated with PMLQ. He later joined PMLN. It is said that he had advised Musharraf not to launch his political party as it did not have any future. This article has all the information about Muqam, including Amir Muqam Biography. Amir is an engineer by profession and has practiced as an engineer for more than ten years. He was also a member of the Engineering Council. Muqam served as Minister of Water and Power in Musharraf’s government. He was the one who supervised the Peshawar motorway that was later inaugurated by Musharraf. After an end to Musharraf’s government, he did not maintain his association with PMLQ and joined PMLN.
Soon, he was appointed as senior vice president of the party. The last two elections have been miserable for him. He did not win his seats. In the previous term of Nawaz Sharif, he served as an advisor to him.

He belongs to a Gujjar family and is the brother of Dr.Ibadullah, who is also a politician. His son Niaz Ahmad has served as a Nazim of Shangla. He is the youngest Nazim in KPk.

He completed his metric from local high school and later enrolled in 1983 at the University of Engineering and Technology in Peshawar to study engineering. In 5 years, he got a degree in Mechanical Engineering and started his career as an engineer. He was lucky that he worked as an engineer with the provincial government at that time

Muqam was born on 25 July 1963 in Shangla Khyber Pukhtunkhwa.

He started his professional career as an engineer successfully. Soon after completion of his education, he worked with the provincial government on several key projects. He has been a member of the Pakistan Engineering Council since 1989. He also supervised the Peshawar motorway during the Musharraf’s government

Muqam faces a case in the NAB against his business company. He is accused of using government funds for his business and having assets beyond means. A warrant by the Chairman of NAB was issued to probe his assets that challenged in Peshawar High Court. Peshawar High Court soon gave him interim pre-arrest bail. The NAB stopped from arresting him during the inquiry of his assets.