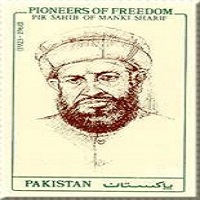 Amin ul Hasanat was popularly known as ‘Peer of Manki Shareef’ and was an Islamic leader in NWFP (North-West Frontier Province) of British India. In 1945 he joined All India Muslim League. He successfully ran a campaign in a provincial referendum organized in early 1947, and the campaign resulted in the inclusion of NWFP in Pakistan instead of India.

His campaign gave him a new identity as ‘Fateh-e-Referendum.’ In 1990 Post Office of Pakistan issued an honorary stamp to pay tribute to Peer Sahib in its ‘Pioneers of Freedom’ series. The article comprises every detail about him, including Amin ul Hasanat Biography. 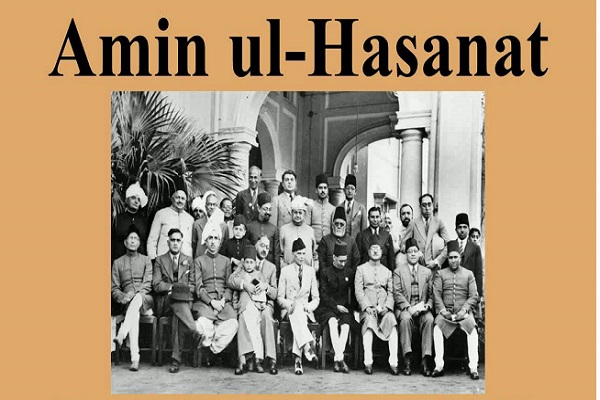 Amin belonged to an eminent religious background and got an education in religion-based subjects. After his father demise, he occupied his ancestral Gaddi; he was only twelve at that time. He was popularly known as Peer of Manki Shareef and is among those legendary leaders who significantly contributed to the ‘Pakistan Movement’s victorious journey.’

Amin emerged on NWFP’s political arena when Red-Shirts were dominating province occupied by Pashtun as Congress and British both admitted Abdul Ghaffar the guru/head of provincial politics. Ignoring all unfavourable circumstances in his region, Hasanat acquired a political constituency that he brilliantly used to fight anti-Pakistan factors in NWFP via his inspirational guidance and saintly character.

He opened his eyes on 1st Feb 1922 in Manki Shareef District, Nowshera.

He received education at his ancestral village in religion-based subjects.

He belonged to a family of religious saints and scholars, his father Peer Abdul Rauf passed away in 1934. After his death, his son Amin ul-Hasanat occupied his ancestral Gaddi.

He was immensely inspired and influenced by the Lahore Resolution of March 1940. He joined the Muslim League in 1945 and visited NWFP to gain support and assistance for Muslim League.

On 1st Oct 1945, he arranged a grand meeting of Mashaikh and Ulema at Peshawar, which passed resolutions demonstrating loyalty and sincerity with the Muslim League and showed complete trust and confidence in the leadership of Jinnah.

He then asked Jinnah to visit province and Jinnah made a tour on 24th Nov 1945. This visit boosted the spirit of Peer Sahib and also his dedicated followers. His vigorous campaigns and efforts for Tehreek-e-Pakistan in NWFP turned fruitful and significantly contributed to the success of Muslim League in the referendum, held in NWFP in early 1947.

Jinnah wrote a letter to Hasanat in which he promised that Islamic Laws would be implemented to matters of the Muslim community. The success of the Muslim League in NWFP referendum became the base for British Govt to decide to include NWFP into Pakistan.

After Pakistan’s independence in 1947, he got disappointed by some decisions of the party and cut-off his ties with Muslim League owing to ideological differences with Abdul Qayyum, who was 1st Muslim League-Premier in North-West Frontier Province.

He announced his party’s foundation named ‘Awami Muslim League Party’ that began to perform the opposition’s role. He believed that Opposition is the spirit of the democratic system and that it was essential to secure the previously mentioned Muslim League goals.

After seeing the emergence of new local leadership in NWFP, he realized that the Muslim League’s changed leadership ignores those ideals. In 1995 he got retired from politics to dedicate more time and efforts to his religious obligations.

In 1990 Post Office of Pakistan issued an honorary stamp to pay tribute to Peer Sahib in its ‘Pioneers of Freedom’ series.

He passed away at a very young age of 37 on 28th Jan 1960, in a car accident on 5th Jan 1960 near Attock District, Punjab, Pakistan. He was laid down at Manki Shareef, Nowshera District, Pakistan.