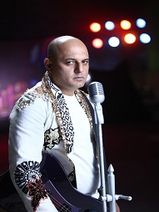 
Ali Azmat is a Pakistani actor, songwriter, and musician. As an actor and singer, Ali has won the admiration of music and acting fans. His journey in the field of music and acting is still going on. He is acknowledged with numerous individuals as the main vocalist for the compelling Sufi musical crew ‘Junoon,’ which remodeled Sufi singing for Pakistan’s millennium generation. Today he is a notable rock musician – a sign of greatness and variance in the worldwide music industry. He is presently remodeling the South Asian music field, thrilling crowds with his intense and graceful combination of east/west melodic conventions. This article has all the information about Ali, including Ali Azmat Biography. Ali is a celebrity who has gained immense popularity in Pakistan and across the globe. He is a notable vocalist and lyricist of Pakistan who has exhibit his dimensions as a music artist and as an actor too. He isn’t just renowned in Pakistan, but over the subcontinent also. This fact can decide his prominence that he is the 1st music artist ever to perform at the UN General Assembly opposite an Indian band decided to sing his number ‘Dostii’  a rightly chosen title to advance the UN’s assignment of presenting serenity to the planet. He made his acting debut in movie Waar and amazed everyone with his acting skills.

He was born on 20th April 1970 in Havelian city of Abbottabad, where his grandfather was a railway station master. Later, Ali Azmat grew up in the Garhi Shahu area of Lahore.

He arrived in Sydney to pursue higher studies but didn’t complete university studies and returned to Pakistan.

His ancestors belonged to Kashmir, and his father, Nazeer Ahmad Butt, a middle-class businessperson, died in 2013. Ali married TV producer Fareeha Khan on 10th September 2011, and the couple has two daughters Mia and Ella.

Ali Azmat began his singing career with Jupiter in 1986. The band started from Lahore and was making a name for itself in pop and rock singing. While a member of Jupiter, he wrote ‘Dosti’ which became a song which later made him famous nationally. However, he did not give this song to Jupiter.

Inspiring Sufi rock band ‘Junoon’ became Pakistan’s 1st band in 2001 to sing at the UN General Assembly, making Pakistan famous around the world. He also released albums ‘Parwaaz’ in 1999, ‘Andaaz’ in 2001, ‘Deewar’ in 2003 and ‘Infinity’ in 2007, after which the band of ‘Junoon’ broke up and he parted ways with it.

Singing and solo career in India

He started working for the Indian film industry (Bollywood) in 2003, even before he broke away from Junoon.’ His song ‘Garaj Baras’ made a part of an Indian film called ‘Pop.’ He recorded two songs for the Indian movie ‘Jisam 2,’ which includes ‘Ye Jisam Hei To Kya’ and ‘Molla.’

He gained immense fame as a singer, but he has also proved his mettle as an actor, and played the role of a politician in the Pakistani film ‘Waar’ opposite Shan Shahid and Meesha Shafi. His role as a politician showed artistic maturity, paving the way for him to advance in the field of acting. He has also demonstrated the essence of his acting in a film called ‘Jhol.’