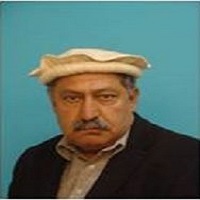 Ahmed Hassan is a senior Pakistani politician who is currently associated with Pakistan Peoples Party. He is serving as a member of the Senate Assembly after winning 2012 Senate Elections. During his tenure, he has functioned on various Ministries including Climate Change and Kashmir Affairs. This article has all the information about him, including Ahmed Hassan Biography.

Ahmed is a Pakistani Politician who elected as a member of the Senate Assembly after securing the highest votes in 2012 Senate Elections. He is attached to Pakistan Peoples Party and hails from Tehsil Timergara. During his tenure, he made sure to perform his duty with consistency and diligence.

He obtained his degree of Law from Law College of Peshawar.

He was born to Habib Ul Hassan.

He ran for the seat of the Senate Assembly in 2012 Senate Elections and gave defeat to his opponent. He fought the elections on the party ticket of PPP. After taking an oath, he remained appointed on various Ministries.