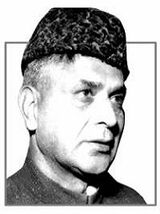 
Agha Shorish Kashmiri was a leader, debater, writer and, scholar and was associated with the Majlis-e-Ahrar. He was a figure of sincerity and loyalty. Apart from being a fearless journalist and orator, he was also a lover of the Prophet. His feat was that when there was talk of Islamic socialism everywhere, he stood firm in front of the socialists, and despite coming to power, he did not dare to implement socialism and, finally, succeeded in making the Qadianis a minority. This article has all the information about Agha, including Agha Shorish Kashmiri Biography. Agha was born into a middle-class family and barely did matriculation. In his student life, it was his routine to read the daily ‘Zamindar.’ As a result, his literary taste matured, and he fell in love with the late Maulana Zafar Ali Khan. He was the heir of Syed Atta Ullah Shah in speech and pupil of Molana Zafar Ali in journalism. He learned prose from Molana Abdul Kalam and Islam from Sayed Abul Aala Maudodi.

At the end of President Ayub’s time, he wrote a ‘Saqi Nama,’ which is a chronicle of every dictator’s dark days. He has also analyzed the role of imperialism in changing the world situation. His poems make the reader think.

He is also privileged to have written dozens of high-quality anthems during the war of 1971, which were broadcasted on Radio Pakistan and continued to inspire the Pakistani forces. A collection of these songs and poems was later published under the name ‘Al Jihad Wal Jihad.’

This true lover of Islam and Pakistan, defender of the end of Prophethood belief, a critic of traitors and conscienceless passed away on October 6, 2013.