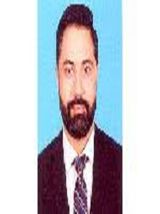 Agha Shahzaib Durrani is a Pakistani politician who has been a member of Senate of Pakistan since July 2017. He was selected for the tenure of 6 years i.e 2017-2021. Agha Shahzaib Khan Durrani is the senator selected on the ticket of Pakistan Muslim League-N. He is an active and young politician. He is serving in following committees: [1] profile

He was elected to the Senate of Pakistan as a candidate of Pakistan Muslim League (N) on a seat reserved for technocrats from Balochistan in July 2017, replacing Agha Shahbaz Khan Durrani. The newly elected Member of Senate Agha Shahzaib Durrani  took oath as senator on Pakistan Muslim League – Nawaz’s seat. He was appointed in place of his relative, Agha Shahbaz Durrani, who passed away from a cardiac arrest on June 25. Chairman Senate Main Raza Rabbani administered the oath to the newly elected senator. Later, the senator signed roll of members as required by the rules. [2] career