By tauseefanwarMarch 21, 2018No Comments2 Mins Read 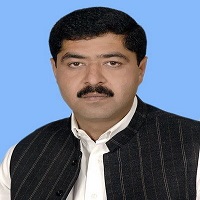 Abdul Majeed Khan is a Pakistani politician and Ex-MNA of Pakistan Muslim League N for straight 2 tenures. He is a son of Hameed Ullah Khan hails from Bhakkar city. This article has all the information about him, including Abdul Majeed Khan Biography. Majeed Khan hails from Bhakkar is a Pakistani politician who is linked with Pakistan Muslim League N since he followed politics. He is serving as a member of the National Assembly for the 2 consecutive terms. Though his first experience in the elections wasn’t competent yet he managed to win the next 2 by grabbing massive votes.

Abdul Majeed holds a Bachelors degree after which he entered politics.

He began his political journey in 2002 by contesting Pakistan General Elections for National Assembly seat from NA-73 Constituency Bhakkar. Unfortunately, he couldn’t make it and faced defeat by his opponent.

For the next General Elections, he quit PMLN and decided to run as an independent candidate for 2008 Elections. Fortunately, he succeeded in getting maximum votes and gave massive defeat to his opponent. Following his victory, he again joined Pakistan Muslim League N.

In 2013 he again managed to grab the seat of the National Assembly from the same constituency by associating with the same political party.