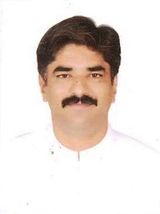 Abdul Hayi Dasti is a Pakistani Politician who is serving as a member of the Provincial Assembly while being attached to the Pakistan Tehreek e Insaf. He is currently performing his duty as a special advisor to the Chief Minister of Punjab Usman Buzdar on agriculture. This article contains a blend of information about him including Abdul Hayi Dasti Biography. Abdul Hayi is a Pakistani Politician who after losing the seat of MPA in 2013 By-Elections has been elected on the same seat in the 2018 General Elections while being associated with Pakistan Tehreek e Insaf. He is currently furnishing his services as a special advisor to the current Chief Minister of Punjab Usman Buzdar. He is doing his best to achieve the vision of Naya Pakistan which was glimpsed by the PTI government.

He was born on 2nd March in Muzaffarghar which is a district of the Punjab province of Pakistan. Currently, he still resides there from where he contests the Elections.

He did his schooling from Govt High School Muzaffargarh. He holds the degree of LLB.

He ran for the seat of the Provincial Assembly on 22nd August 2013 in By-Elections from the Constituency PP-254 (Bahawalpur-X) while being attached to Pakistan Tehreek e Insaf but unfortunately he lost the seat to the candidate of Pakistan Muslim League N Hammad Nawaz by securing 17063 votes. In 2018 he again ran for the seat of the Provincial Assembly in General Elections from the Constituency PP-270 (Muzaffargarh-III) and gave defeat to his opponent by securing maximum votes. He is currently serving as a special advisor to Chief Minister Usman Buzdar on agriculture.