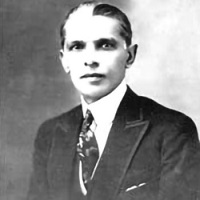 Quaid-e-Azam presented his Fourteen Points as a constitutional amendment strategy to protect the political and democratic rights of the Muslim community in a self-ruling India. In 1928, an APC (All Parties Conference) held to address constitutional issues of Muslims. This article has all the information about 14 Points of Quaid-e-Azam, including the Nehru Report.

Under Moti Laal Nehru’s supervision, the Committee formed. The Committee compiled a report known as the ‘Nehru Report,’ which demanded ‘Status of Sovereignty’ for India. Separate elections denied, and the allocation of seats for the Punjab and Bengal Muslims rejected. None of the demands from Muslims upheld in this report.

Since ‘Nehru Report’ was the last statement from the Hindu Community, Mr Jinnah was then authorized to present, in precise words, the foundation of any constitution of future to be formulated for India. Jinnah aimed to gain rights for the Muslim community.

He thus gave his fourteen points. These points contained all the interests of Muslim people at a heated moment. In these, he declared that it was a ‘parting of paths” and that he didn’t intend and wouldn’t have anything to interact with INC (Indian National Congress) in future.

Jinnah had been motivated by the leaders of League to resurrect  Muslim League as well as give it the correct direction. Consequently, these points by Jinnah became the Muslims’ demands and significantly impacted the thinking of the Muslims for the next twenty years until Pakistan came into being established in 1947.

Criticism of the Nehru Report

The report submitted at the AIML (All India Muslim League Council) meeting on 9th March 1929. Influential Muslim leaders Muhammad Shafi and Agha Khan strongly criticized ‘Nehru Report.’  They called it a death license as it proposed a joint electoral process for Muslims and Hindus.

Jinnah departed for England in 1928 and returned six months later. In March 1929, the session of the Muslim League arranged in Delhi under the leadership of Jinnah. In his speech, he amalgamated the Muslim views into fourteen points, and these became Jinnah’s fourteen points. 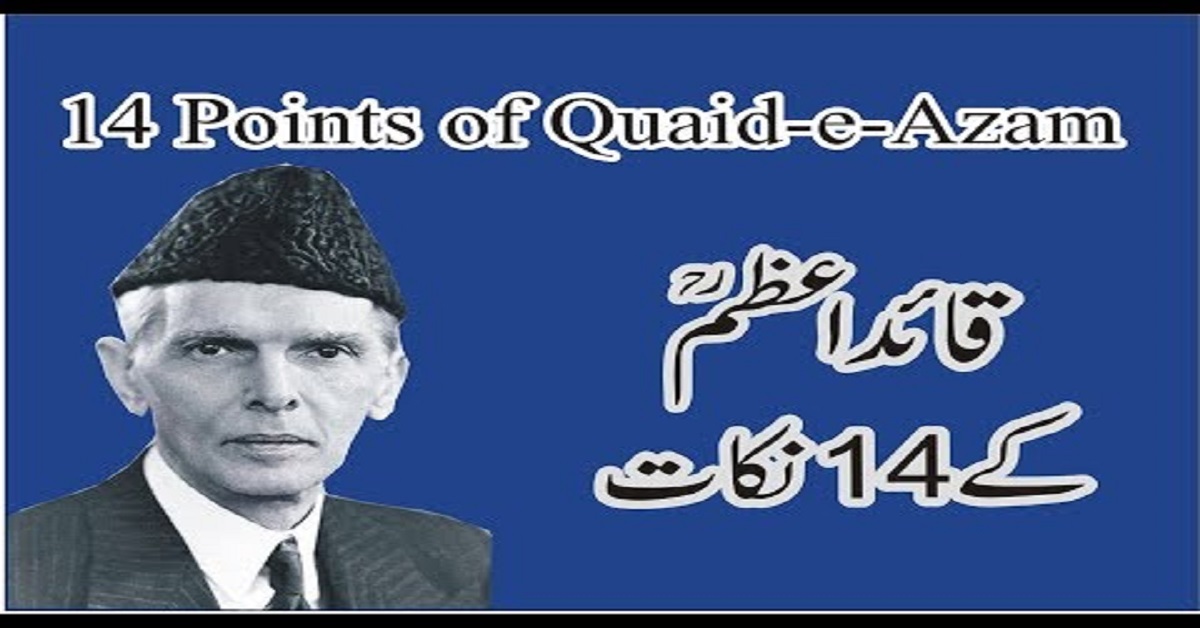 Future constitution’s form should be federal, and the provinces should have the residual powers.

All provinces shall be given a uniform level of autonomy.

All elected bodies and legislatures shall be established based on a precise principle of effective and adequate representation of minorities in each province, without limiting the majority in all provinces to even equality or minority.

4- Representation of Muslims in Central Legislature

Muslim participation in Central Legislature shouldn’t be less than one-third.

Separate elections shall make the representation of communal communities: provided that it’s accessible to every community, at any moment, to leave its separate elections in joint electorate’s favour.

Any regional reallocation that may require at any point shall not influence the Muslim majority in provinces NWFP, Bengal and Punjab.

The complete religious freedom shall be awarded to all groups.

8- Criteria for Passing the Resolutions

Any resolution or bill that three-fourth community members oppose should not be passed in the legislature.

Sindh Province should be segregated from the presidency of Bombay.

Just like other provinces, there should be reforms in Baluchistan and NWFP.

Muslims should have fair shares in all resources, giving due respect to the criterion for performance.

The law should provide sufficient protection for the safety and security of Muslim’s culture, personal law, religion, language, education, and language and also for Muslim charity organizations.

13- Representation of Muslims in Cabinets

Muslims should have one-third of representation in both Provincial and Central cabinets.

Without the approval of the provinces, no amendment in the constitution should be made.

After the Publication of fourteen points, Jinnah was asked to attend the round table conference, where he presented the Muslim perspective. On mid-night of 31st December, congress moved to river ‘Ravi’, and Jawahar Laal Nehru elevated a flag saying ‘long live revolution.’