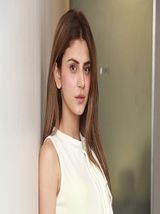 
Zubab Fatima, who is known as Zubab Rana, is a young and talented Pakistani model turned actress. With her debut performance, she won the hearts of millions of people. Though she has not work much yet succeeded in earning a huge acknowledgment and praise in a short time. This article has all the information about Zubab, including Zubab Rana Biography and Zubab Rana Dramas. Zubab is a stunning Pakistani Actress and Model who started her showbiz career a few years ago. She is known for performing remarkably well in her debut serial ‘Naseebon Jali.’ Zubab came from a non-artistic family, yet the way she managed to gather all the popularity and love is worth appreciating. Her passion for acting forced her to join the Showbiz soon after completing her education. She is a deadly combination of beauty, grace, and talent.

She was born on 3rd June 1988 in Karachi. Currently, Zubab is residing in the same city with her family.

She holds the degree of Bachelor that Zubab attained from Institute of Business Administration, Karachi.

Zubab started her career as a model and did many advertisements for huge brands. After becoming a successful model, she tried her luck in the acting field. 2018 proved to be her year as she appeared in many popular serials, including Naseeb o Jali, which also got the best serial award in Hum Awards and Mere Khudaya, etc. Her role as Aleena in drama serial ‘Bandish’ opposite Hira Mani also appreciated by many people. Currently, Zubab is working on many other projects.