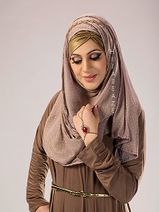 Urooj Nasir worked as an actress, model, and host. She left showbiz, and now she is running her business ‘Hijabeaze.’ Her business’s success led her to open three hijab stores in Islamabad, Lahore, and Karachi. She aims to make women’s lives more comfortable and empower them emotionally, physically, and spiritually. Currently, she is living in Lahore. This article has all the information about her, including Urooj Nasir Biography. Urooj made herself an eminent actress at a young age by astonishing her viewers and fans with her phenomenal acting and modeling skills. She bounded her audience as a brilliant and gorgeous model and actress. Now, she impresses abaya lovers by her hijab and abaya brand Hijabeaze. She is struggling to promote the hijab culture in Pakistan. She believes that the hijab is not only a piece of cloth to cover the head, but it doesn’t lessen the beauty of a female. In her business journey, she faced a lot of troubles, but she never gave up and faced every obstacle with courage. Her business draws inspiration from the tag ‘Made in Pakistan’ and is trying to make her land grow.

She opened her eyes on 9th September 1990 in Lahore, Punjab.

She completed her education from her hometown Lahore.

She hitched with Nauman Masood and became the mother to a daughter Ayat Fatima. Unfortunately, this marriage ended in divorce, and now Urooj is spending her life with her daughter.

She began her showbiz career at a young age as a model and walked on ramp for notable fashion designers. Her photo shoot appeared on the cover page of many noted magazines. She also did photoshoots for renowned brands.

After getting massive popularity from the modeling field, she started her acting career and performed versatile roles in many dramas, including comic, classic, romantic, and negative. She began her acting journey by playing a supporting role and then succeeded in getting the leading roles. She performed brilliantly in drama ‘Darar’ with Saud, Imran Islam, and Babar Ali, and this serial was broadcasted on Pakistan Television. An all-time hit drama serial ‘Landa Bazar,’ she worked with Shafqat Cheema, Farah Shah, Khalil-ur-Rehman, and Ali Zafar.

As a Business Woman

At the peak time of her career, she left the showbiz and started her professional career as a businesswoman. She is the owner of a hijab brand named as ‘Hijabeaze.’ She sells a variety of hijabs and abayas in her brand. She works hard for her brand and has presented her abaya brand in many fashion festivals.