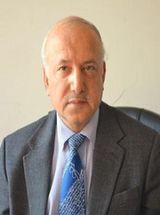 Tariq Rahman remained an associate professor of lingustics at the National Institute of Pakistan Studies, Quaid-i-Azam Univiersty, Islamabad.Dr. Tariq Rahman is a renowned Pakistani linguist and literary figure who has produced a number of research papers and literary writings. He is a man of international repute. He is also the first to write a linguistic description of Pakistani English (1990) as well as the first history of Pakistani Literature. Tariq Rahman is a Pakistani Writer, Scholar and Author.He wrote many books and other publications.Tariq has been awarded Pakistan and other countries due to his research and work.He was born in India.Now a days, he is a residence of Lahore Pakistan.

Tariq Rahman father name Sami Ullah Khan remained the head of the mathematics department at the Pakistan Military Academy in Kakul, near Abbottabad.Tariq Rahman received his first doctorate in English literature from the University of Sheffield in 1985. Subsequently he became interested in language politics in Pakistan and completed a degree in linguistics from the University of Strathclyde in 1989.[1]  Education and Family Tariq Rahman wrote several books which have made him an authority on the linguistic history of the Muslims of South Asia namely Language and Politics in Pakistan (1996); Language, Ideology and Power: language-learning among the Muslims of Pakistan and North India (2002) and From Hindi to Urdu: A Social and Political History (2011). Besides these and other books, he has published about 100 articles in scholarly journals and contributed to encyclopedias and edited books. On examination of his published work, the University of Sheffield conferred a higher doctorate (D.Litt) on him in 2014.

He was the first Pakistani to be honored by one of Germany’s highest awards for academic research called the Humboldt Research Award. The National Institute of Pakistan Studies at Quaid-i-Azam University, where he served most of his life and of which he was director (2007-11), made him a professor emeritus in 2010 and the Higher Education Commission (Islamabad) conferred upon him the title of Distinguished National Professor in 2004 and gave him a Lifetime Achievement Award in 2009. The President of Pakistan conferred upon him the Pride of Performance in 2004 and the Sitara-i-Imtiaz in 2013. He has been a visiting professor in Denmark and Spain and has lectured or delivered papers at conferences in Korea, Nepal, China, the U.S., Singapore, Thailand, India, Denmark, France, Germany, the UK, Sri Lanka, Bangladesh and Switzerland. He is a Visiting Fellow of Wolfson College, University of Oxford and is presently working as Dean, School of Liberal Arts and Social Sciences and Acting Dean, School of Education, Beacon house National University, Lahore.

Purpose of the Stories As far as the purpose of the stories is concerned Tariq Rahman says, ‘my purpose is to communicate thought and experience or to create a world of microcosm’. For these reasons, one cannot cover up one’s tracks and if there is obscurity in the stories, it is due to the same approach and purpose adopted by Tariq Rahman. Although, the writer says, ‘I am not genius’. He has tried to combine beauty and wisdom in these stories and has been successful to some extent.