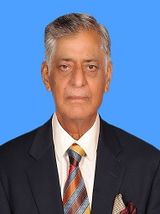 Syed Sajid Mehdi is a Pakistani Politician who is serving as a member of the National Assembly while being attached to the Pakistan Muslim League N. He has furnished his services as Federal Parliamentary Secretary for Housing and Works in the past. This article contains all the information about him including Syed Sajid Mehdi Biography. Sajid Mebdi is a Pakistani Politician who is associated with Pakistan Muslim League N since 2013 as a member of the National Assembly. Previously he served as Federal Parliamentary Secretary for Housing and Works.

He was born on 18th June 1948 in Vehari where he spent all his life. Currently, he still resides there with his family.